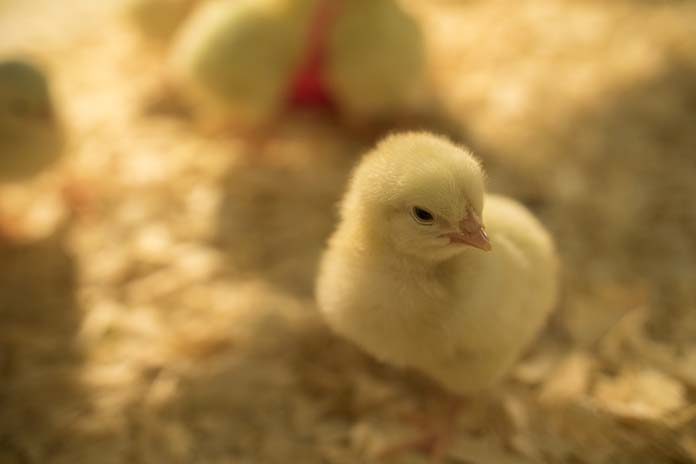 Due to sophisticated genetic selection programs carried out by poultry breeding companies such as Aviagen, today’s broilers can grow with very efficient feed conversion and exceptional carcass and breast yield. Broiler performance objectives published by Aviagen (2014) show that a 10-day old male Ross 308 bird can reach a target bodyweight (BW) of almost 300g with a feed conversion rate of just around 1.00. Such improvements in the performance of commercial broilers also change the way in which the parent generations should be reared and managed.

Why a new perspective? nutrition in terms of body fat reserves (Figure 2) and adequate dietary metabolisable energy (ME). The lower the fat reserves, the lower persistency of lay. Hence, the concept of feeding low CP/high ME in the parent generations (PS and GP) has been developed.

2016 Aviagen Parent Stock (PS) nutrient specifications
In 2016 with the newer genetics coming through in the field, Aviagen published its updated Parent Stock Nutrient Specifications and Performance Objectives with a continued focus on BW and control of egg weight, persistency of production, and better fertility and hatchability. The new nutrient specifications ensure that the bird’s needs for maintenance, growth and production of eggs are met at every stage. The values for CP and most amino acids for both the rearing and laying periods have been reduced, reflecting the lower requirements and the bird’s sensitivity to a high CP intake. This should minimise early muscle tissue gains and reduce breast muscle and follicular development to influence breeder productivity positively.
Tables 1 and 2 compare the nutrient specifications from 2016 with those from 2013 for a 4-stage rearing programme and during production respectively. In the 4-stage rearing feeding program the ME is low (2600 kcal/kg) in the grower period. This allows a higher daily feed volume to be given. The lower energy (2700 kcal/kg) and lower digestible lysine in the Pre-Breeder diet helps support better feed distribution and flock uniformity. Adopting a 4-stage instead of a 2- or 3-stage rearing feeding program allows easier management of bodyweight and helps pullets achieve higher fat reserves before they come into production.

Do we need breeder 2 and 3 diets?
A one-phase layer feeding program can be used successfully. However, feeding one breeder feed only during production requires good management, with far greater attention to BW gains as the CP and amino acids are constant from point of lay to depletion. Feeding Breeder 2 and 3 diets is more beneficial as it allows the CP/amino acids in the diet to be reduced and calcium levels to be increased in line with the birds’ requirements. This will ensure birds do not receive excessive CP (especially lysine) so that the correct development of bodyweight and control of egg size can occur, as well as ensuring sufficient calcium is provided for improved egg shell quality.

What about a male diet?
Trials conducted internally by Aviagen have consistently demonstrated the advantages of introducing a male diet during production. Males provided with low CP and optimal energy diets tend to have less breast yield and heavier testes (Table 3). It is important to introduce the male feed at the start of lay or around 24-25 weeks of age if the benefits of a separate male diet are to be realized. It can be expected that the benefits of feeding a separate male diet on fertility and hatchability will be seen from around 30-35 weeks onwards. Important consideration – daily nutrient intake
More important than the actual CP and energy content of the breeder diets (of both males and females) is the actual daily nutrient intake of the birds compared to the birds’ requirements at various stages of production. It is not good enough for breeder managers to know the feed energy (e.g. ME of 2800 kcal/kg) or the dietary CP level alone (e.g. 14% CP), daily feed allocation must also be considered (e.g. 165 g/d). In this way, the actual energy or CP intake can be calculated and it can be compared with the bird’s requirements (these numbers can be found in the breeder company’s manual or performance objectives). A decision can then be made to either adjust daily feed allowance or to reformulate diets if the birds are found to be over- or under-consuming a given nutrient.

Importance of vitamins and minerals
For optimal breeder and offspring performance, the diets must also satisfy the birds’ requirements for vitamins and minerals. Among the vitamins, A, D3 and E in particular are of major significance for proper embryonic development and subsequent chick quality, and should be adequately supplemented in the breeder diets. The use of a more bio-available form of vitamins (D3) and organic trace minerals (Se, Zn, Mn) has been shown to increase the deposition of these nutrients in the egg and also their transfer to the tissues of the hen and the embryo, thereby giving the newly hatched chicks the best possible start in life.

Case studies
Below are case studies from two of Aviagen’s broiler breeder customers who have applied the low CP and high ME intake concept successfully, and using this concept regularly achieve high levels of breeder performance.

Case study 1
PS Customer A, in tropical S.E Asia with both open-sided and controlled-environment closed housing systems. The feeding programme during production incorporates 3 phases with the following CP and ME values:

The feed amount given during peak production was 167g/d/bird for flocks in open-sided housing, giving a CP intake of 24.2g/d/bird and an ME intake of 471 kcal/b/d.

The average breeder performance achieved on this lower CP/higher ME diet regime was something to be envious of:

The performance with flocks in closed houses was even better.

Case study 2
PS Customer B, in temperate Asia with controlled-environment closed housing system. A Breeder 2 diet was fed from the beginning of production to 35 weeks of age, a lower CP/high ME Breeder 3 was then fed from 36 weeks onwards. The egg production and egg weight records were again something to be proud of (see Figure 3).

Conclusions
Less protein with adequate energy, appropriate minerals, vitamins and trace elements in both female and male breeder diets will enable better body weight gain and egg weight control in modern broiler breeders. This in turn will ensure persistency of production, and better fertility and hatchability to give a greater number of total eggs and hatching eggs during the laying cycle.