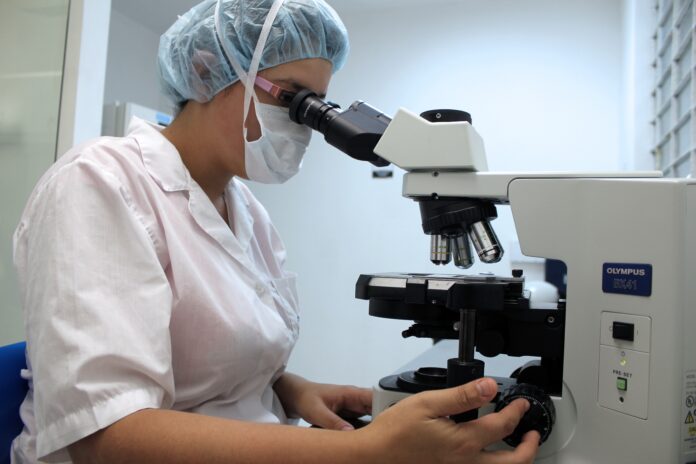 USPOULTRY and the USPOULTRY Foundation announce the completion of a funded research project at the University of California, Davis, in which researchers looked to fully characterize selected variant Avian Reovirus strains.

The research was made possible in part by endowing Foundation gifts from Jerry and Cherie Moye and Todd and Shelley Simmons and is part of the Association’s comprehensive research program encompassing all phases of poultry and egg production and processing.

Avian Reoviruses (ARV) are distributed worldwide in chickens, turkeys and other bird species and are ubiquitous in poultry farms. The detection of reoviruses in cases where pathology is present does not confirm the disease etiology. Confirmation requires rigorous diagnosis and sometimes challenge studies. The inherent variability of the ARV genome makes them mutate and recombine at high rates. Since 2011, the poultry industry has been facing consequences of the emergence of ARV variants. The variants of ARV have been linked to a rise in clinical cases of tenosynovitis in poultry in the United States. Hundreds of clinically relevant Avian Reoviruses (ARV) associated with a history of leg problems, poor performance and lack of uniformity have been isolated from broiler chickens and their breeders.

To date, the detection of ARV has been performed by focusing on sequencing a specific ARV gene and serotyping. While sequencing of that gene helps understand the epidemiology of ARV variants, it does not provide antigenic and pathological insights. In addition, an increased number of viruses cannot be typed by serological methods because of their variability. A new, fast and more reliable characterization method of ARV is needed to perform more accurate detection and aid in vaccination and disease control in the field. If successful, this tool can reduce the gap between the molecular and clinical understanding of the virus and provide a tool for veterinarians to expand their knowledge.

The objectives of this study were three-fold: (1) characterize isolates of variant reoviruses associated with pathology, (2) select the most relevant viruses for a full molecular characterization using Next Generation Sequencing (NGS), and (3) perform controlled challenge studies in order to pathologically and antigenically characterize selected reoviruses.

Completion of objective 1 provided a better understanding of the diversity of reoviruses and their epidemiology. Findings indicated that ARV are moving targets and that a good virus choice for autogenous vaccine production is crucial.

For objective 2, 53 different ARV isolates were selected, and their full genome sequenced. The sequences made it clear that some virus isolates were a mix of different reoviruses, and some were contaminated with other viruses. Thus, a different strategy is needed to characterize the viruses immunologically and pathogenically. The sequences were used to study the genome of reovirus variants and compare them with classical strains.

The pathobiology of five ARV variants were studied in objective 3, focusing on viral replication in different tissues (heart, tendons, bursa of Fabricious and intestines), horizontal transmission and immunosuppression. The virus was prone to replicate and cause gross and microscopic lesions in tendons and heart. Depending on the variant, the virus could locate more in intestines, heart or tendons. Moreover, different degrees of horizontal transmission presented from absent to highly effective, while it was previously assumed transmission was only horizontal. Finally, it was confirmed that variant strains induce lymphoid depletion in bursa and thymus during the first week of infection. The lymphoid depletion suggested immunosuppression and was caused not only by the variant strains but also by the vaccine strain.

The results of this research project provide valuable knowledge needed to better strategize diagnostics and surveillance for Avian Reoviruses affecting the broiler industry. These new diagnostic and surveillance methods are currently being implemented. This information may allow one to streamline the selection of ARV variants for the formulation of inactivated autogenous vaccines. Further, this knowledge will possibly provide insights and basic information for new intervention strategies such as the design of new live or recombinant vaccines stimulating all the immune compartments in the chickens and able to protect against reovirus variants.

The research summary (https://www.uspoultry.org/research/resproj/PROJ_F079.html) can be found on the USPOULTRY website.