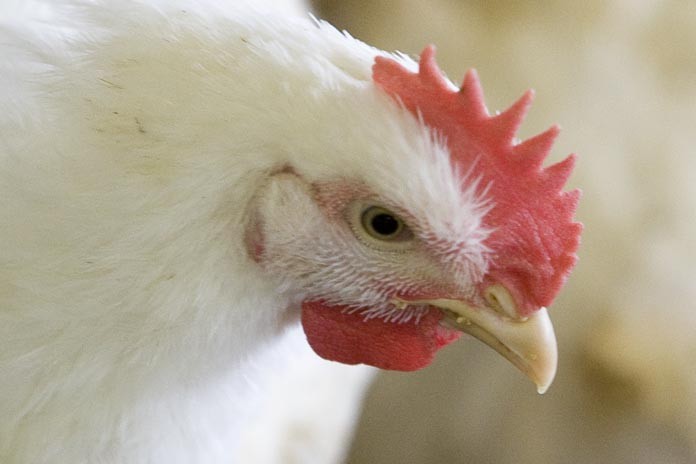 Roles of certain parts of the digestive tract of chickens seems to have been lost with the evolution of time and commercial practices. Gizzards no longer serve their grinding purposes, having become more like transit organs and crops have lost their function with the abandonment of discontinuous feeding systems.
The extremely fast transit time in the anterior digestive tract is regarded as a limitation to the performance of exogenous enzymes. Manipulation of feed retention time in these gut segments via meal feeding vs. ad libitum, lighting management programs, presence of structural components in the diet and coarse vs. fine feed particles may further enhance the efficacy of exogenous enzymes.
Following an adaptation starter period until d10, six-hundred twenty four one-day-old ROSS 308 male broilers were subjected to two different lighting programs (referred to as ‘continuous’ – 18L:6D or ‘intermittent’ – 1L:3D:1L:3D:1L:3D:1L:3D:2L:6D) and fed isoenergetic (on an ME basis) and isonitrogenous wheat-, sorghum- and soybean meal-based diets (Table 1) with or without the supplementation of phytase and xylanase over 34 days.

There was a statistical significant (P < 0.05) interaction between phytase and xylanase supplementation on final body weight, which shows the additive/synergistic effect of these enzymes. No further interactions were observed between factors.
Further markers’ and digestibility analysis will help understand the exact mechanism through which these improvements were achieved. So far we hypothesise intermittent lighting had an effect on feed retention in the upper gastro-intestinal tract, evidenced by the lower pH found in the crop and gizzard of birds in IL groups (data not shown), and that this enabled better digestibility of nutrients. Also, phytase-activity analysis will hopefully explain why phytase supplementation did not seem to have a positive effect in IL birds further to that achieved with CL.
From Australian Poultry Science Symposium