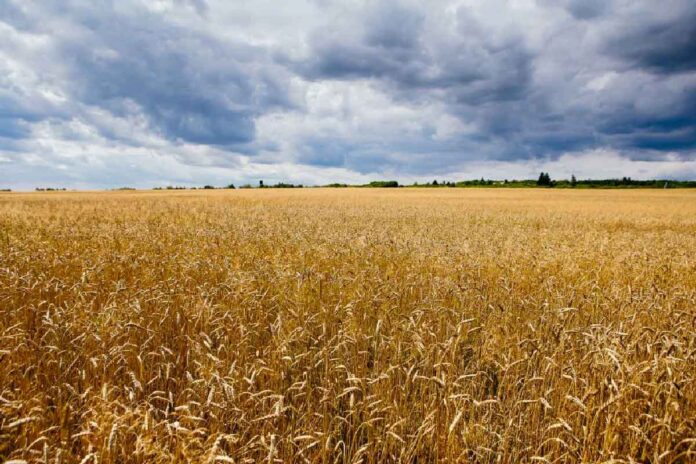 Experts from the Copa and Cogeca working groups on cereal and oilseed gathered in Brussels, with an estimated total cereal production of 277 million tonnes in the EU-27 for the 2022 harvest. This would be 4.4% lower than the previous marketing year (290 million tons), and 3.8% below the multiannual average of 288 million tons.

Jean-François Isambert, Chairman of the Cereals Working Party of Copa-Cogeca, commented, “The EU common wheat production risks to be highly affected by extreme climate events in many regions with high temperatures, rain deficit or hail. We expect a lower yield in the range of -5%. In view of the risk of food shortages in several importing countries caused by the war in Ukraine and food price inflation, it is essential that the European Commission takes these warnings seriously and anticipates needs. In some regions, we are already worried about the delay experienced in the new fertiliser purshasing campaign. Transparency and competition need to be strengthened in the EU fertiliser market. We are also concerned with the logistical bottlenecks affecting grain exports from Ukraine and the associated risks of market disturbances. Finally, grain farmers need legal certainty now as they will have to make decisions for next year’s crop rotation in the weeks to come. The Commission must swiftly decide on flexibility measures in the CAP 2023 before autumn sowing.”

Regarding the oilseed harvest, the projections are more positive. Copa and Cogeca foresee an increase to 32.1 million tons, 8.5% above last year and above the multiannual average of 29.8 million tons. The higher EU-27 oilseeds production results from an increase in area of ​​almost 1 million hectares compared to the previous season and a stable yield provided that the weather conditions are favourable.

Pedro Gallardo, Chairman of the Oilseeds and Protein Crops Working Party, declared, “Apart from the Iberian Peninsula and some central European regions, planting conditions for winter crops including oilseed rape were favourable. The area of sunflower and protein crops sown in spring have been boosted following the invasion of Ukraine, +9.3% and +6% respectively. However, these projections should not make us forget the growing production difficulties.