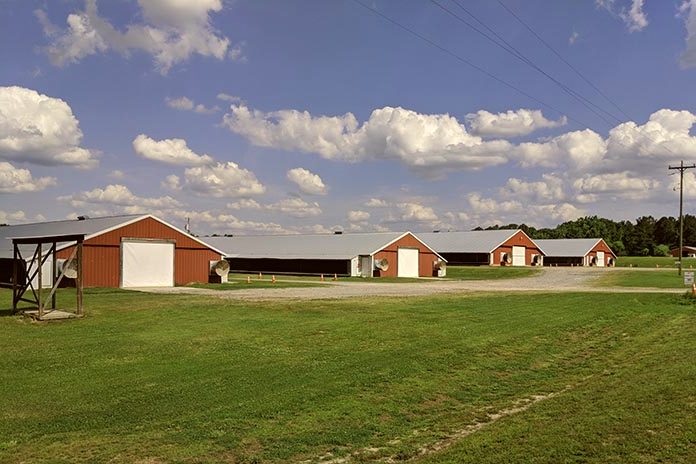 A recent project was completed at the University of Iowa, Iowa City, Iowa, in which researchers developed a mobile system that can inactivate Avian Influenza Virus. The research was made possible in part by an endowing Foundation gift from West Liberty Foods and is part of the Association’s comprehensive research program encompassing all phases of poultry and egg production and processing.

Analysis of Poultry Gasification Parameters for Elimination of Avian Flu Exposed Birds and Manure – Dr. Albert Ratner, University of Iowa, Iowa City, Iowa
A research project has recently been completed by Professor Albert Ratner and colleagues in the Department of Mechanical and Industrial Engineering at the University of Iowa. They developed the design for a mobile system to heat poultry carcasses and manure to inactivate avian influenza virus. This system could be utilized during an avian influenza outbreak to quickly help eliminate the virus from infected farms and better contain the spread of an outbreak.

Analysis of Poultry Gasification Parameters for Elimination of Avian Flu Exposed Birds and Manure
A significant issue for the poultry industry is the disposal of bird carcasses and manure when they are contaminated with avian influenza virus. According to the “Highly Pathogenic Avian Influenza Response Plan” developed by the USDA, there is a clear need for better disposal technology. One intriguing way forward is to heat the carcasses and manure in a mobile trailer to quickly react to outbreaks before they can spread. The trailer would hold multiple gasifiers, which would be used to heat up the trailer. From there, a conveyor system would take the carcasses and manure through the trailer until the virus is destroyed. The gasifiers use a solid fuel like seed corn or wood chips to provide the energy at very low cost and produce an in-situ charcoal bed that breaks down organic pollutants. The University of Iowa has more than four years of experience in operating an industrial scale gasifier based on these principles and uses it in conjunction with lab testing and computer modeling to understand and predict general gasification behavior. The focus of this research project was to study the issues involved in trailer gasification and avian influenza virus elimination.

Two main objectives in this project
The first objective was to gather and analyze experimental data that related temperature, mass and time regarding the heating of chicken and inactivation of avian influenza virus. The second objective was to verify and expand upon the experimental data using AspenPlus and ANSYS Fluent modeling software to model the full-scale system.
From the experimental tests, a 3D curve was found relating mass to temperature and time. This allowed calculation of the time required to inactivate influenza virus in carcasses as they move on the conveyor through the heated trailer. Using a temperature of 350 °F, the required speed of the conveyor on a five-meter trailer to obtain the desired temperature in the carcasses was determined. Using AspenPlus modeling software, it was shown that this method could be scaled up to treat the needed tonnage of poultry per day. The data was compared with ANSYS Fluent modeling results, and the simulation aligned with the experimental data with minor differences due to experimental procedures.
The research completed in this project is all that is required for mobile trailers to be designed and implemented. With this information, a company or governmental organization would be able to design and build their own trailer systems that could quickly react to avian influenza outbreaks. Avian influenza outbreaks will be much easier to contain locally with the addition of this new disposal method.