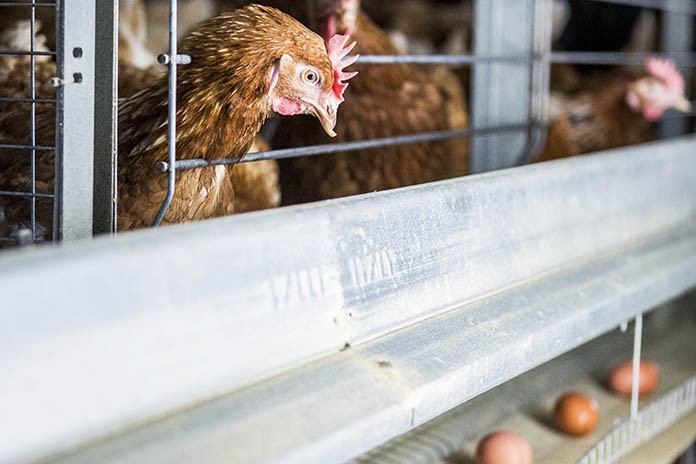 USPOULTRY announces the completion of a funded research project at North Carolina State University in Raleigh, N.C. in which researchers provided insight on using ventilation shut down as a humane depopulation method. USPOULTRY approved $550,000 in emergency funding in October 2015 to support further avian influenza research and communication. This research is the third project completed with the funding. A brief summary of the completed research is shown below.

Project No. BRU007
Evaluating hen behaviour and physiological stressors during VSD for the development of humane methodologies for mass depopulation during a disease outbreak

In 2015, the egg industry was hit with the worst highly pathogenic avian influenza outbreak in U.S. poultry history. Timely depopulation was identified as a critical measure to contain the outbreak. Current depopulation methods, including CO2 kill carts, CO2 injection and fire-fighting foam, were quickly overwhelmed and prolonged the suffering of infected birds.
The overall goal of this project was to evaluate welfare parameters of ventilation shut down (VSD) for depopulating laying hens in caged systems through monitoring environmental parameters, behaviour and stress physiology. The specific objectives were to 1) determine the time to brain death from VSD using electroencephalograms (EEG), and 2) examine the effectiveness of VSD in a multi-level, commercial cage setting.

This project provided the means to develop and evaluate VSD and other depopulation methods including VSD combined with heat (VSDH) and CO2 (VSDCO). The first aspect of this project was to develop an environmental profile of an individual hen housed in a cage layer facility. Environmental conditions included building volume (3.4 ft3/hen) and temperature, relative humidity (RH) and CO2 recordings to understand the dynamics within the environment for each method. This allowed for the determination of the duration to time of death (TOD). The environmental temperature, CO2 and RH were similar at the start of each test at 89 °F, 0.22 percent and 31.6 percent, respectively.
At the end of the tests the environmental temperature was highest for VSDH at 107 °F. VSDCO had the highest level of CO2 at 31.5 percent. RH increased in VSD and VSDH to 62.5 and 66.0 percent, respectively. The high level of RH appears to have contributed to the diminished ability to reduce core body temperature (CBT). At TOD the CBT was highest for VSD (113.1 °F) and VSDH (115.3 °F) while VSDCO CBT was (105.8 °F). The time to reach TOD was longest in VSD at 91 minutes followed by VSDH at 54 minutes and VSDCO with the shortest TOD at 12 minutes. Comparing EEGs and behavior profiles demonstrated that VSD hens spent 82 percent of the time unconscious while the VSDH and VSDCO hens were unconscious 56 percent and 65 percent of the time, respectively. It was also observed that the stress indicator of heat shock protein 70 (HSP70), for hens exposed to stressors such as heat, humidity or CO2, declined in the VSD and VSDH environments from time 0 to TOD possibly due to the duration of the unconscious state of the hens.

A field scale up of the process to evaluate the effectiveness of VSD, VSDH and VSDCO in a multi-tier cage system was conducted using white leghorns housed in 2-tier stair step cage system at industry densities (72 in2/hen). The environment was a force ventilated negative static pressure room sealed to prevent air exchange of any type. An inner chamber around the cages emulated the building volume per hen found in the industry. The data collected included CO2, RH, environmental temperature profiles, CBT and HSP70. We found that VSD by itself did not result in 100 percent euthanasia of the flock with 4 percent of the hens surviving. When we added heat or CO2 to the VSD system we accomplished 100 percent mortality. The duration to TOD was no different between VSDH and VSDCO. Based upon these field studies, VSDH and VSDCO appear to be the most humane methods of depopulating large numbers of caged hens.