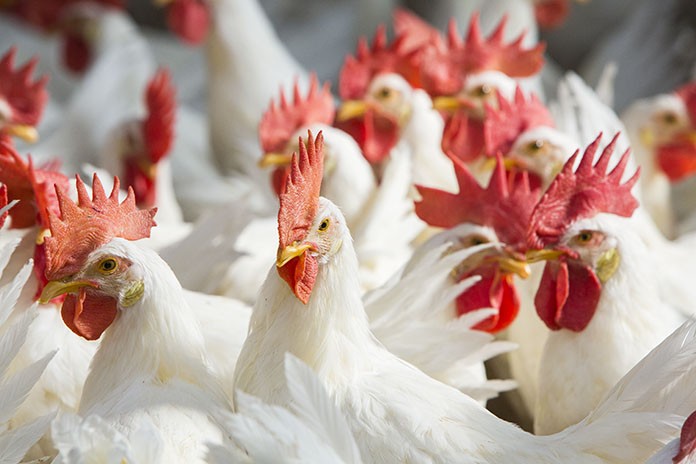 The use of exogenous enzymes in non-ruminant nutrition is a valuable tool to increase digestibility and therefore spare the inclusion of expensive nutrients whilst maintaining animal performance.
This is particularly true with phytase, and when phytase was introduced into animal feeding the first nutritional matrix created was through replacement of mineral phosphate sources (DCP or MCP). As the knowledge on the effect of this enzyme improved, then further adjustments to the diet started to be employed.
The question is how to ensure the correct sparing effect of P is being applied, given the dose of each particular phytase product used. Phytase users can become confused with the current advice given by various suppliers, as they tend to use different terms to characterize the P sparing effect (i.e. digestible P or available P) without a clear definition.

In fact the way P-equivalency was defined back in the old days was a lot clearer and, it could be argued, more consistent. When the first commercial phytase was launched, the matrix claim was that 500 FTU/kg could replace 1 kg/t of P from MCP (equivalent to 0.1% avP). This definition is independent of the particular P-evaluation system in use; it simply details how much of a reasonably well defined common P source can be replaced. To translate this to a particular P-evaluation system, simply translate the amount of P from MCP to a level of ‘digestible’ P using the factor for the digestibility of MCP-P in the particular system. As an example, if a particular phytase at 500 FTU/kg has a defined P release of 1.5 kg of P from MCP and in the system in use the digestibility of MCP-P is 90%, then the value for digestible P for that product/dose combination would be 0.135% digestible P. The basis for the P-equivalency, however, is still how much inorganic P can be replaced by a certain dose of phytase. Recently some phytase producers have defined the nutrient release of their products by stating an amount of digestible P, without detailing which particular P-evaluation system this value would fit into. As there is quite some variation with regards to measuring P digestibility, this is a confusing development.
A recently published paper by Rodehutscord et al. (2017) showed that variations in the experimental technique, even between laboratories using the closely defined WPSA protocol, resulted in massive variation in the determined P-digestibility of one sample of soybean meal, from 19% to 51%. The question that arises then is: does it make sense to base the nutrient release values of a phytase on digestibility measures alone? Often the effect of phytase (and P) addition is that both feed intake and mineral digestibility are improved, combining to improve the daily available mineral intake. In a phosphorous bio-assay the real benefit of a phytase to the animal, in comparison to a defined mineral P-source, can be determined by measuring animal performance and bone ash parameters. Typically a phosphorous bio-assay is set up to create a P-dose response curve using for instance MCP, starting from the lowest P level, to which the test phytase is also added. A comparison of the phytase containing diet with the P-dose response curve will then give the P-equivalency for the phytase. A recent example of such a study was published at the PSA meeting in 2016 by Gomes et al.
In this study Quantum Blue phytase was shown to give performance equivalent to 0.178% P from MCP at 400 FTU/kg and 0.216% P from MCP at 800 FTU/kg. Of course matrix recommendation should never be based on one study, all the studies available should be analysed to form a view of a safe matrix to recommend. In a holo-analysis of all such studies of Quantum Blue phytase available (72 broiler trials), it was calculated that on average 366 FTU/kg Quantum Blue was needed to replace 0.15% P from MCP (or avP), whilst 788 FTU/kg was needed to replace 0.195% P from MCP (or avP). The official recommended dose to achieve these nutrient release levels is 500 FTU/kg and 1000 FTU/kg, respectively. The reason for this is that the official matrix recommendation includes a safety margin designed to ensure that in 90% of cases at least the expected nutrient release will be delivered. It appears that few if any of the other phytases currently on the EU market follow the same approach, with some products clearly showing that the nutrient release is based on the average response seen, and sometimes these values are even adjusted upwards based on very limited information. When customers are trying to compare phytase products based on published nutrient release data (or matrix information), it is important to be able to do that on a similar basis, so you can have a level playing field. As we can’t access or judge all the data from our competitors to recalculate what their matrix would be using the same safety factor as we do, then the next best thing is to let you know what our values would be without the safety factor, based on the holo-analysis discussed earlier. On that basis, a 500 FTU/kg dose would give a nutrient release equivalent to 0.18% avP whilst a dose of 1000 FTU/kg would be equivalent to 0.256% avP. These are 120% and 131% of the recommended matrix values, respectively. When looking at higher dose levels (750-1500 FTU/kg), it is apparent that the recommended P-equivalency figures vary more between products. Quantum Blue has been shown to deliver the expected P-equivalency in a number of trials, even at high doses, resulting in the ability to produce well performing broiler diets without the use of mineral phosphates after the starter diet. A good example of this is a trial performed in Thailand, where a diet, which was 0.24 % reduced in avP and supplemented with 1500 FTU/kg Quantum Blue gave equal results in terms of bone ash. However, this trial also showed significantly improved body weight corrected FCR (-5 points) at 42 days of age, indicating that, even with the use of such a high P-equivalency, it is possible to see improved performance due to extra-phosphoric effects of the phytase. Certainly there were no signs of a mineral deficiency, even though the reduction in P was higher than would be expected from 1500 FTU/kg, thus supporting the declared matrix value of Quantum Blue. With the current increase in phosphate prices, the value of getting the P-equivalency right becomes more important. Measuring phytate levels in raw materials and diets gives more certainty that it is realistic for the phytase to release the expected level of phytate-P.