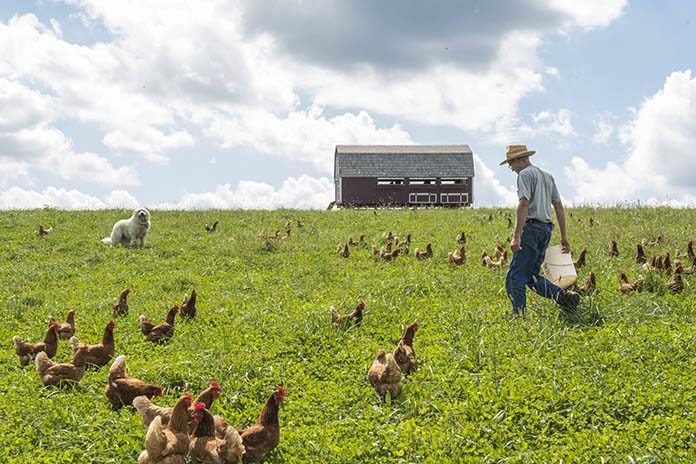 It is prudent in today’s age that farmers uphold high-level compliance of biosecurity practices on Australian commercial chicken farms. This is especially so with the large, recent expansion of free-range farms due to consumer demand, which has raised concerns amongst industry experts of the potential increase in disease introduction and spread from more interactions between wildlife and chickens.

A research project was commenced in 2015 to quantify the likelihood of Avian Influenza (AI) virus introduction and spread between different types of commercial chicken farms in Australia and to evaluate the reduction in likelihood of alternate on-farm mitigation actions. This project involved an on-farm survey which was conducted on commercial chicken farms in the Sydney basin and South-East Queensland regions of Australia from June 2015 to February 2016. In total, 25 free range layer farms, nine cage layer farms, nine barn layer farms, 15 free range meat chicken farms and 15 barn meat chicken farms were visited. Commercial layer farms were defined as those having more than 1,000 hens, and commercial meat chicken farms were defined as those having more than 25,000 birds. The survey involved conducting on-farm interviews on each of these farms where a range of questions was asked which captured data related to general farm information, water source and use, poultry health, range information, farmer observations of wild birds and other wild animals, and biosecurity. This study focuses on answers from the biosecurity section, where farmers were asked what biosecurity measures were performed on-farm and their perceived importance of biosecurity in terms of preventing the introduction and spread of diseases. For the latter, farmers rated the importance of biosecurity using a scale from one to five; one being ‘not at all important’ and five being ‘extremely important’. Invariable logistic regression analyses were used to estimate the association between actual performance of biosecurity prevention and farmer perceived importance of these practices.

Results from the on-farm survey revealed that most biosecurity actions were rated on average as ‘very important’ by farmers across the farm types. Some practices gained an average rating of ‘extremely important’ but only by meat chicken farms. There was a relatively low rating of importance for disinfection of equipment between sheds by barn meat chicken, cage layer and free range layer farm types. Visitor recording and turnaround times in sheds were also rated relatively low by cage layer farms.

Acknowledgements: This research was conducted within the Poultry CRC with support from Woolworths Limited. Thanks also to egg and chicken meat companies and producers for their participation.

From the Proceedings of the 2018 Australian Poultry Science Symposium