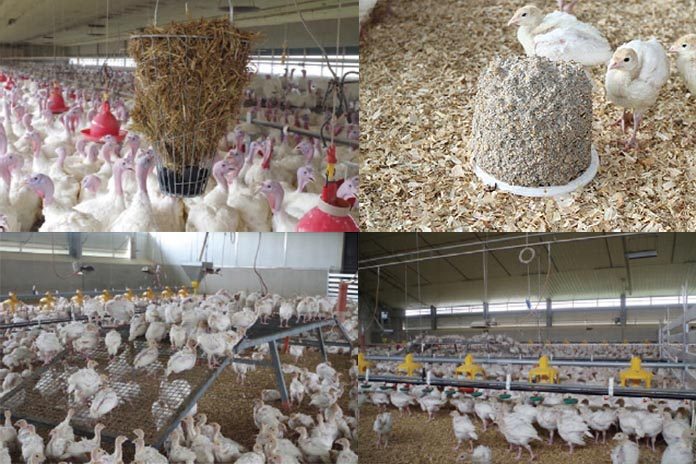 Germany wants to play a leading role in Europe in poultry and turkey welfare issues. Fundamental changes have been made to husbandry systems during recent years. Since 2002, animal welfare has been enshrined as a state goal in the German Basic Law and has therefore become a binding guideline for government action and regulations in the German welfare act. Animal welfare has increasingly become a matter of particular interest to society. In surveys, 85 percent of the people questioned agree that animal protection should be enhanced. Based on general European and German directives the amendment of the German Animal Welfare Act came into force in 2013. With the change to the Animal Welfare Act, producers will be under stricter obligations to ensure that animal welfare is guaranteed. Livestock farmers will be obliged to establish an inspection system and take even greater care to safeguard the well-being of their animals. Animal welfare indicators will be used to evaluate the state of the animals.

Due to this trend the German turkey industry is also highly in focus of politics, media, NGO´s, supermarket chains and finally consumers. There are a lot of challenges for the German turkey growers today, because welfare has become one of the main topics in Germany´s civil society. Hence pressure on authorities leads to more regulations and controls. This situation leads to more regulations not just by law, but also by higher levels of requirements in voluntary agreements for husbandry of turkeys, and more strict supermarket specifications. One tool of these kind of formalities are the German voluntary agreement rules on turkey growing.

The German voluntary agreement rules (so called “Bundeseckwerte”), which were worked out and signed by the turkey industry, state authorities, welfare groups, scientists and vets in 2013 are the base for turkey farmers and gives detailed determinations on commercial turkey management.

This voluntary agreement brochure contents all determinations of management standards, stocking density, climate control, health plan, expert knowledge and education etc. It also includes the description for the need for providing manipulable engagement materials and barn enrichment to turkeys to prevent them from feather pecking and cannibalism. On the other hand, one of the most intense issue with highest priority which is in discussion is the ban of beak treatment of day-old-poults in the hatchery.

There are several welfare working groups which are organized by the German Federal Ministry of Food and Agriculture (BMEL) or by the Lower Saxony Ministry of Agriculture (ML). Besides improving welfare standards, the plan is to avoid or ban all “non-curative” operations in animals like beak trimming. Since 2017 table laying hens don´t get any beak treatment anymore in Germany. In Lower Saxony, which is the German federal state with the highest turkey population, the federal state government proclaimed a decree to ban beak trimming in turkeys starting from the beginning of 2019. This decree has not been implemented, yet.

According to the German welfare law beak trimming per se is not permitted. However, the German turkey farmer gets a special approval to order beak trimming for his poults in the hatchery, because due to practical experiences and scientific findings on feather pecking and cannibalism, he can attest that this treatment is “indispensable” to prevent his turkeys from serious injuries.

Because of this “declaration of indispensability” the hatchery is allowed to do the beak trimming for poults with trained stuff. There is only the infrared method permitted, and only one third of the upper beak maximum (from tip to nostrils) is allowed to be affected. At the end of the growing period the distance between upper and lower beak should not be more than 3mm.

A lot of research work has been carried out to evaluate if there is any method to grow turkeys without beak treatment. Many ideas have been tested: More attractive engagement material, stocking density, feeding, lighting, additives to feed and water etc. Until today no solution could be found yet. Feather pecking and cannibalism with high mortality rates and intensive injuries occurred in a lot of investigations with turkeys which were not beak trimmed. Keeping manipulable engagement materials attractive (as it is compulsory in the voluntary agreement) is challenging, because turkeys lose interest after a while quiet often. Long lasting attractiveness can be observed for example with hay within baskets or with old articles of clothing like jeans. But finally, it does not solve the pecking problem.

One example of searching for highly attractive materials to keep turkeys busy and prevent them from pecking were two tests which were conducted on the Moorgut Kartzfehn research farm with non-beak trimmed BUT 6 males and a supplementation of black soldier fly larvae (Hermetia illucens) which were alive. The aim of this study was whether turkeys can be prevented from feather pecking if they receive insect larvae alive and how to keep these larvae attractive if feather pecking occurs. The insect larvae were provided to the turkeys within extra feeders or by distributing them onto the litter. Legally the larvae can be provided only alive to commercial turkeys as a material for engagement. As there were no significant differences between treatments in the first trial in trial No 2 there was a significant higher rate of mortality and injured birds in the hospital pen in non-beak trimmed turkeys (Table 1). Compared beak trimmed males (treatment 5) to non-beak trimmed males of treatment 1 mortality was 3.99 times higher in non-beak trimmed birds and birds in hospital pen 4.15 times higher. There was no effect of providing larvae as an engagement to prevent turkeys from pecking. A similar eating behavior as in trial 1 could be observed. After a learning process in the beginning of the growing period the larvae became highly attractive until 14/15 weeks of age. After getting matured the males were losing almost interest to search for larvae. To keep larvae attractive, they were put into special feeders.

Key points of the Animal Welfare Initiative
Due to this dilemma: Beak trimming not permitted – Need for declaration of indispensability–High pressure on ban of break trimming – Serious injuries in research work with non-beak trimmed turkeys, the German Ministry of Food and Agriculture (BMEL) introduced a campaign on “new ways to improve animal welfare”. One of the key elements of this “Minding Animals Initiative” was to bring together a group of experts: turkey growers, actors from industry, scientists and authority members to conduct different investigations on possibilities to grow non-beak trimmed turkeys.
The project with six turkey farmers from different locations in Germany was executed over a period of two years and finished at the end of September 2018. The BMEL offered a number of different financial assistance options to support different ideas and proposals which were worked out in compulsory 2-days-networking-meetings which had to be carried out regularly. During the project period the turkey growers themselves had to present at least four times their results and experiences to different groups which were not part of the networking expert group.
The group of experts tried to provide particular guidance on what should be borne in mind on partial solutions, for instance, should be taken forward as verifiable interim steps. Case-by-case recommendations, knowledge transfer and regular evaluations provided an important foundation.
In total 19 turkey flocks with 450.000 males and females (BUT6 and TP7), thereof 62.000 were not beak trimmed, were tested during the networking turkey project “Minimizing feather pecking and cannibalism in turkeys” which was financially supported by the German Federal Ministry of Food and Agriculture (BMEL).

Different measures were carried out as single or combined treatments

Conclusions and outlook
Referring to the results and findings of the project “minimizing feather pecking and cannibalism in turkeys” and also to a written expert evaluation report which was parallel obtained by the Ministry of Food and Agriculture on this topic at the end of 2018, it is accepted that growing of non-beak trimmed turkeys is very risky at present. So, beak trimming in turkey hatcheries in Germany is still possible as far as the growers provide their declarations of indispensability.
However, pressure on Germany´s turkey industry won´t be reduced as new projects on possibilities to grow turkeys without beak trimming are in preparation. A new deadline for the ban of beak trimming in turkeys have not been set, yet. On the other hand, a new debate came up recently. The question is (if day-old-poults needs still to be beak treated in the hatchery) how to assuage or release from pain in the beak tissue which is caused by infrared and inflammation? How can it be done technically feasible? Are there any narcotic substances which are permitted? There are more questions than answers.

From the Proceedings of the 13th Turkey Science and Production Conference 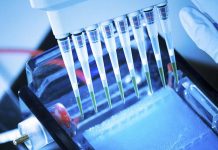