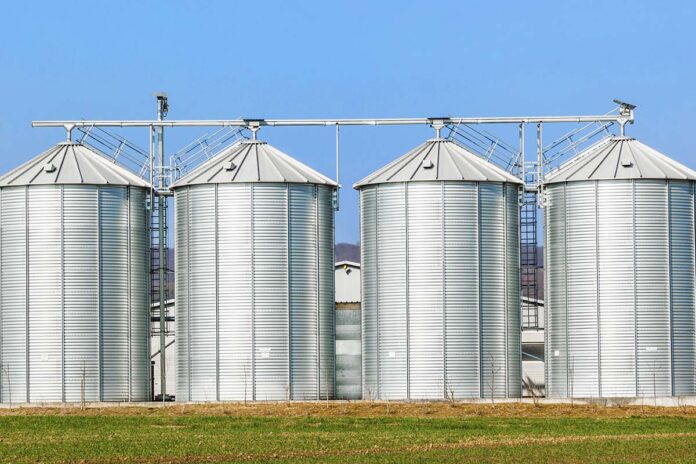 In this study, the effect of an oregano essential oil, or a blend of formic and propionic acids and essential oil on mineral carriers, on the performance, intestinal morphology and antioxidant status of broilers was investigated.

The use of feed additives such as those based on essential oils or organic acids is increasing in poultry production as a result of a number of factors including legislation on restricting antibiotic use and consumer preferences for more natural, welfare friendly poultry production. Formic and propionic acid products have a strong antimicrobial activity and have been shown to improve bird performance and positively influence the gut microbiota.

Oregano essential oil has antimicrobial and antioxidant properties and has also been shown to improve bird performance. Organic acids can be presented as salts or liquids while studies using oregano have included whole plants, dried leaves and essential oils. Variability in the presentation and supplementation rate of these products necessitates further work to build a sufficient information base to understand the influence these parameters have on performance and how best they can be optimized.

The objective of this study was to investigate the efficacy of two commercial products on the performance, gut morphology and antioxidant status of broilers. The products were an oregano essential oil presented on a mineral carrier (Orego-Stim, Anpario plc, UK) and a mixture of formic and propionic acids, oregano essential oil and plant extract presented on a mineral carrier (Genex, Anpario plc, UK).

A total of 720 day-old Ross-308 male chicks was randomly allocated into 3 equal groups with 8 replicates of 30 birds: CON– control group, basal ration; OEO300– basal ration and OEO (300 g/t); OAB– organic acid blend (2 kg/t). Birds were reared in floor pens on clean litter. The study ran for 42 days. Feed and water were available ad libitum. Feed rations were presented as a mash and comprised starter, grower and finisher phases. Rations were formulated to meet or exceed to NRC for Poultry recommendations (1994) (Table 1). All feed was free of all antibiotics and anticoccidial medication.

Birds were weighed weekly. On day 42, 4 birds/replicate were euthanised and samples taken for the following analysis:

Histology: Sections (1cm) of the duodenum, jejunum and ileum were taken into 10% buffered formalin for morphometric analysis according to Giannenas et al. (2011). Villus height (VH) and crypt depth (CD) were measured.

The lipid oxidation of raw breast (Pectoralis major) and thigh (Biceps femoris) meat during refrigerated storage (2-8°C), was determined as malondialdehyde (MDA), using a modified version described by Buege and Aust (1978). Meat samples were analysed at the time of collection (day 0) and 3 and 6 days later.

The supplementation of broiler feed with either a commercial oregano essential oil product or a product based on formic, propionic acid, essential oils and plant extracts significantly improved broiler performance. These findings are in agreement with other authors who demonstrated an improvement in bird performance using products with similar composition. While organic acids have been shown to increase villus height and other morphometric parameters, the organic acid blend used in the current study did not demonstrate such an effect. However, the proportion of acids, dietary inclusion and presentation are all factors that could influence efficacy on intestinal morphology. While oregano supplementation has been shown to increase villus height in birds, results from the current study did not repeat these findings, although villi were numerically longer in birds fed oregano than controls. PCNA is a co-factor of DNA polymerase-8, expressed in dividing cells during the growth phase. The activity of nutrient assimilation aligns with the proliferative activity of enterocytes, enhancing healthy tissue turnover and maintenance. The current study demonstrated an effect of oregano and, to a lesser extent, organic acid/essential oil/plant mixtures on the number of dividing enterocytes. Similarly, Silva et al. (2009) observed an increase in PCNA in intestinal cells of birds fed oregano essential oil. This observation in conjunction with improved bird performance in these treatments suggest nutrient utilisation and perhaps absorption was improved, despite an apparent lack of significant increase in gut villus length. The use of oregano essential oil in feed improved the antioxidant status of the bird as seen by lower MDA levels in breast and thigh muscles, an effect observed previously. Improved antioxidant status in the muscle can result in improved meat quality and longer storage time. In conclusion, the supplementation of broiler feed with either a commercial oregano essential oil product or a product comprising organic acids, essential oil and plant extracts can improve the performance of broilers oregano oil also has the potential to improve meat quality.

From the Proceedings of the Australian Poultry Science Symposium 2019