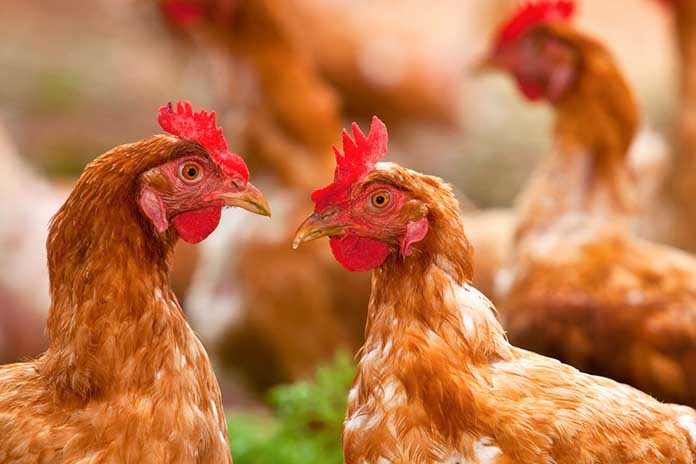 USPOULTRY and the USPOULTRY Foundation announce the completion of a funded research project at Auburn University in Auburn, Alabama, in which researchers were able to provide insight on colonization of broilers by Salmonella.

The research was made possible in part by an endowing Foundation gift from Cargill and is part of the Association’s comprehensive research program encompassing all phases of poultry and egg production and processing. A brief summary of the completed project is shown below.
Project #BRU001: Determining the Dose, Time and Route of Challenge and the Eventual Sites of Colonization of Two Salmonella Serovars
(Dr. Kenneth S. Macklin and Dr. Sacit “Sarge” F. Bilgili, Auburn University, Auburn, Alabama)

Dr. Ken Macklin and Dr. Sarge Bilgili from Auburn University recently completed a research project where they studied the ability of Salmonella enteritidis (SE) and Salmonella heidelberg (SH) to colonize and persist in various tissues and organs of broilers inoculated by various routes and at different ages. They found that feeding broilers continuously with feed contaminated with a low level of either SE or SH resulted in every bird being contaminated. Additionally, they found that aerosol exposure was efficient in establishing colonization of SE and SH in broilers. Their results also showed that broilers could potentially become colonized by Salmonella at any time during their lives.
Broiler carcass contamination at the processing plant is difficult to avoid if chickens arrive at the processing plant contaminated with Salmonella. During rearing and processing of broilers, there are a variety of potential sources for Salmonella contamination. Several preventative strategies have been implemented with varying degrees of success; however, an understanding of the different potential entryways and resulting colonization sites needs further analysis so that effective control strategies can be developed.
The first objective of this project was to determine if Salmonella enteritidis (SE) and Salmonella heidelberg (SH) can cause a systemic infection when administered to broilers by various routes. In the first trial, broilers were provided with feed contaminated by Salmonella at a dose of 102 colony-forming units (CFU)/gram continuously starting at day 0 and lasting throughout the grow out (day 35). In a second study, broilers were fed feed contaminated at a higher level (104 CFU/gram) from 14-18 days of age. In addition, five different inoculation routes (cloacal, ocular, oral gavage, intratracheal and subcutaneous injection) at 104 CFU/dose, at days 0 and 14, were utilized to determine Salmonella colonization. The second objective was to determine the tissues that were colonized by these inoculation routes. The samples that were tested were the cloaca, trachea, lung, ceca, kidney, intra-abdominal cavity, skin, breast meat, thigh meat, crop, spinal cord, bone marrow, plus two pooled samples (liver/spleen and thymus/bursa). These routes were selected to mimic potential real-world points of entry into the bird at the hatchery, during chick transport and at the farm. Tissues sampled reflect the array of potential poultry products, including mechanically deboned meat.
The continuous exposure of birds to a low level of either SE or SH in the feed from day 0 until trial termination (day 35) resulted in every bird having at least one positive sample. The second feed trial, in which birds were fed contaminated feed at a higher dose of SE or SH from day 14-18, produced lower overall levels of Salmonella contamination. However, SE was isolated from more than 50% of the exposed birds, while SH was isolated from only 2% of the exposed broilers. This was determined to likely be due to the inability of SH to survive for a long period of time on feed. In birds inoculated by various routes at day 0, the intratracheal, ocular and oral routes gave the highest recovery of Salmonella among the collected samples, while the subcutaneous route resulted in the lowest recovery.
It is important to note that all inoculations at 104 CFU resulted in some recovery from multiple organ and tissue samples when administered at day 0. In the birds that were inoculated at day 14, the groups inoculated by the ocular, intratracheal and cloacal routes had the greatest incidence of Salmonella recovery at day 35. These results show that introduction of SE or SH can occur at any point during the life of the flock.

As an enteric pathogen, the fecal/oral route has been the most commonly investigated route of inoculation. This research supports that route as being an important one; however, it also shows that aerosolization (intratracheal) is an important route for Salmonella colonization and potential spread throughout a poultry house. It was also concluded that the cecum is the best organ for Salmonella isolation; however, Salmonella has the potential to be found in any organ. These experiments also showed that Salmonella isolates vary in their ability to survive outside the host. The SE isolate used in these studies was recoverable four days after being inoculated onto feed, while the SH isolate was recoverable for only two days. This could be an important factor in determining the ability of a Salmonella isolate to spread through a poultry complex by means of contaminated feed.

A complete report, along with information on other Association research, may be obtained by going to USPOULTRY’s website, www.uspoultry.org.