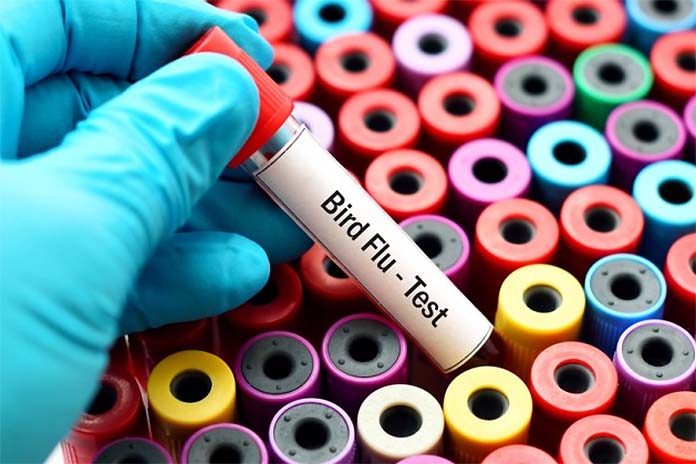 New research led by scientists at The Pirbright Institute has shown how an Avian Infuenza a virus protein, called PB1-F2, is able to shut down two pathways of the chicken immune response to increase the length of time the virus can be transmitted.

“The fact the protein is conserved at such a high rate in Avian Influenza strains indicated to us that this protein must provide some sort of advantage for the survival of the virus in birds”, said Dr Holly Shelton, Head of the Influenza Viruses Group at Pirbright. “Our previous research has shown that PB1-F2 prolongs the length of the transmission window in chickens. This new research, published in the Journal of General Virology, was aimed at identifying the mechanism of how PB1-F2 does this.”

The team found that PB1-F2 interferes with two key pathways that the chicken immune system uses to control viral infections; the interferon and the NF-κB dependant responses. In the interferon response, infected cells release proteins called interferons, which heighten the anti-viral defences of other cells around them and activate immune cells. NF-κB is a protein complex that can induce and regulate the inflammatory response in order to call immune cells to the site of infection.

PB1-F2 inhibits these pathways by attaching to proteins essential to them. One of these is a cellular protein called MAVS, and by binding to it PB1-F2 prevents activation of the interferon response. PB1-F2 can also bind to another protein, called IKKβ, preventing it from activating NF-κB. By interrupting these two pathways, PB1-F2 can help to increase viral replication and protect from Avian Influenza.

“Of particular interest was the fact that different PB1-F2 proteins localise to specific areas of the cell, and this then dictates which pathway the protein would interact with. At the moment we don’t know if there is a reason one pathway is favoured over another or if one pathway is more effective at increasing viral replication, so these are areas we are now looking into”, added Dr Shelton.

Through understanding how Avian Influenza viruses interact with the avian host, such as how PB1-F2 proteins prevent cells mounting an effective antiviral response, better strategies can be devised that can prevent virus replication, reducing disease burden and enhancing virus control in birds.