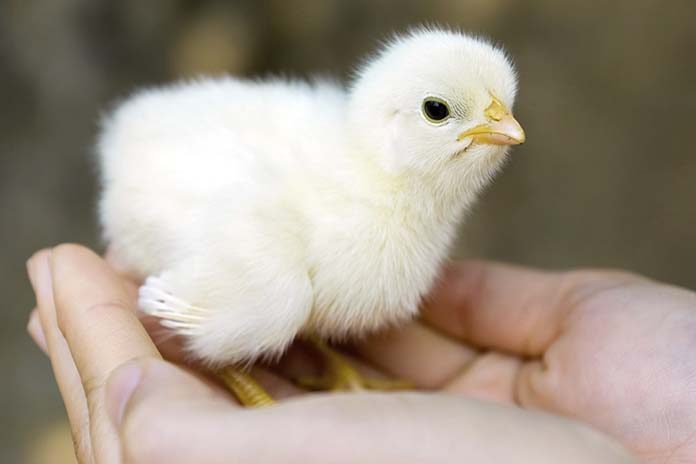 The dynamic complexity of the developing embryo requires the maintenance of differentiated compartments with the capacity to maintain independent environments required to optimise their function. One of the least understood homeostatic mechanisms in embryonic development relates to the pH.

The albumen’s pH at lay experiences a sharp increase to 9.7 which later decreases to 6.90 by day 17 (Tona et al., 2001). In contrast, the pH of yolk starts with a relatively low 6.67 at lay and increases with the embryonic development up to 8.05 at 15 d (Decuypere et al., 2001). This experiment aimed at testing the hypothesis that the in ovo injection of oregano essential oil (OEO) at a buffered neutral pH between 6.5 and 7.0 has the potential to improve the hatchability and the post-hatch performance in broiler chickens. 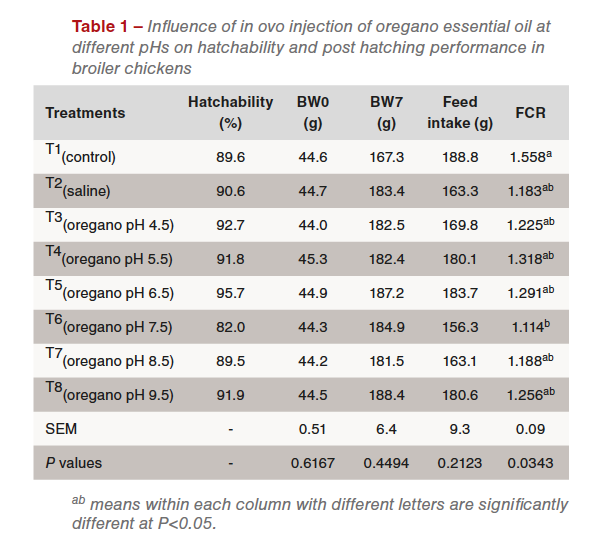 The highest hatchability was observed for the 6.5 pH in T5 (95.7%) while T6 (pH 7.5) had the lowest (82.0%) (Table 1). Injection of OEO with different pH into the air cell had no significant impact on post-hatch growth or feed intake (P>0.05). However, injection of OEO at a pH of 7.5, compared to the non-injected control group, significantly (P<0.05) reduced feed conversion ratio (FCR) (1.114 vs 1.558). Improvement in FCR might be related to positive influence of OEO on chickens’ health, so they efficiently utilized the feed. In conclusion, changes in the pH of OEO injected in ovo may influence hatchability and FCR post-hatch in broiler chickens.