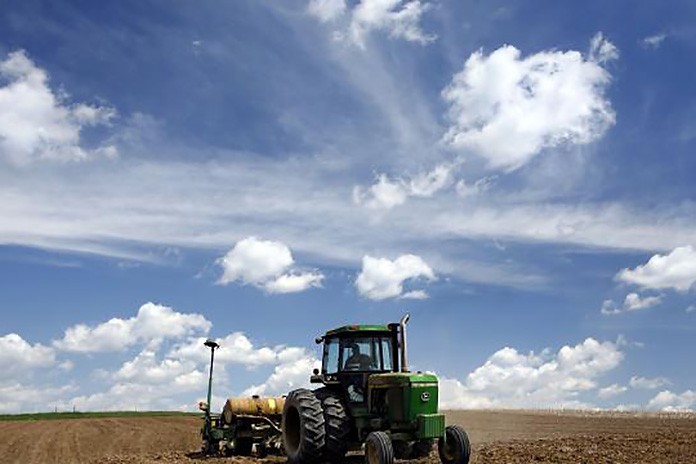 The sustainability implications of global phosphorus scarcity for Australia and the world’s food system are wide-ranging, from geopolitics and inequality to water pollution and reduced agricultural productivity. As an essential nutrient in fertilisers and feed for food production, phosphorus has no substitute. While the use of phosphate fertilisers has contributed to feeding billions of people globally over the past half-century by boosting crop yields, Australia and the world are currently dependent on phosphorus sourced from finite phosphate rock reserves that have taken tens of millions of years to form. These reserves are now becoming more expensive, scarce, difficult to physically access and geopolitically concentrated in only a few countries. Despite the uncertainty of the timeline, there is consensus that the remaining reserves are of lower quality, harder to physically access, require more energy to mine/process and are becoming more expensive (IFDC, 2010).
Geopolitical risks associated with the supply concentration of phosphate producers carry perhaps the greatest consequences for food security. While all countries and farmers need access to phosphorus, only five countries together control most of the world’s remaining phosphate. Morocco alone controls three-quarters of the world’s phosphate rock. Together with China, Syria, Algeria, and South Africa, these 5 countries control 89% of the world’s remaining phosphate (USGS, 2015; Figure 1). It is predicted that Morocco’s market share could increase to 80–90% by 2030 (HCSS, 2012). So few producers of a globally critical resource in potentially politically unstable regions creates a serious risk of disruption to supply and price fluctuations. Further, Morocco’s occupation of the territory of Western Sahara (including its’ significant phosphate reserves) is vigorously contested and condemned by the United Nations. Importing phosphate from this region bears a huge social cost associated with the exploitation and displacement of the Saharawi people of Western Sahara (WSRW 2015), and, a reputational risk for Australian phosphate companies importing phosphate from the region. Further complicating the story, 80 per cent of phosphorus mined specifically for food production is lost or wasted along the supply chain due to inefficient practices. Much of this ends up in the world’s rivers and oceans, where it can, and is, causing widespread pollution in the form of toxic algal blooms that kill fish and pollute drinking water. This costs fisheries and recreation industries heavily, from China to the Great Barrier Reef to The Great Lakes of North America. The cost of algal blooms is estimated at US$2.2 billion in the US alone. A 2014 algal bloom saw the North American town of Toledo trucking in bottled drinking water from neighbouring states after their water supply was rendered toxic. The 800% phosphate price spike in 2008 demonstrated the vulnerability of the global and Australian food system to even a short-term disruption in supply. Hundreds of millions of farmers suffered, crop yields were compromised and food insecurity increased. In Australia, a Senate Inquiry investigated the potential presence of oligopolies that led to short-term phosphate scarcity in this country.

Phosphorus security
Phosphorus security means ensuring the resource is both available and accessible so that farmers can produce sufficient and nutritious food to feed the world while ensuring rivers and oceans are free from nutrient pollution. Achieving phosphorus security in Australia is likely to require an integrated approach, that might range from developing markets for renewable phosphorus fertilizers sourced from human and animal excreta, to efficient strategies for ‘unlocking’ soil phosphorus that has accumulated in agricultural fields over past decades. There is a whole ‘toolbox’ of technologies and options for phosphorus recovery and efficiency that together can meet future phosphorus demand. Figure 2 indicates potential interventions in the livestock sector. Important will be to take a context-specific approach that considers the state of existing infrastructure and logistics, actual phosphorus flows and fate, current pressures and harnesses local opportunities and drivers. Opportunities
Specific opportunities for a more phosphorus secure and sustainable poultry sector could include:
Phytase replacement: reduce phosphorus demand and pollution risk through the use of phytase enzymes to replace phosphate feed additives and reduce phosphorus in manure.
Manure reuse: poultry manure has the highest phosphorus concentration of all manures, and its use as a renewable fertiliser can both reduce local pollution in addition to providing high-phosphorus locally available fertilisers.
Efficient feed grain production: increase phosphorus use efficiency in feed grain production through more targeted fertiliser application rate, timing, positioning, to reduce phosphorus demand and pollution (IPNI, 2015); and
Dietary changes: different foods have different phosphorus footprints (i.e. the amount of phosphorus mined to produce a kilogram of food product); hence preferring foods with lower phosphorus footprint can significantly reduce global phosphorus demand and extend the longevity of global reserves. Poultry’s phosphorus footprint is three times less than beef, but forty-eight times more than pulses.
Importantly, technologies and practices don’t implement themselves: effective policy instruments are required to stimulate and support innovative phosphorus strategies. Shifting the current unsustainable trajectory means that all stakeholders will need to play a role – from the agricultural & livestock industry to the sanitation sectors – to ensure agriculture is productive, all farmers have access to nutrients & fertilisers, over 9 billion people have access to healthy diets and our rivers and oceans are clean.