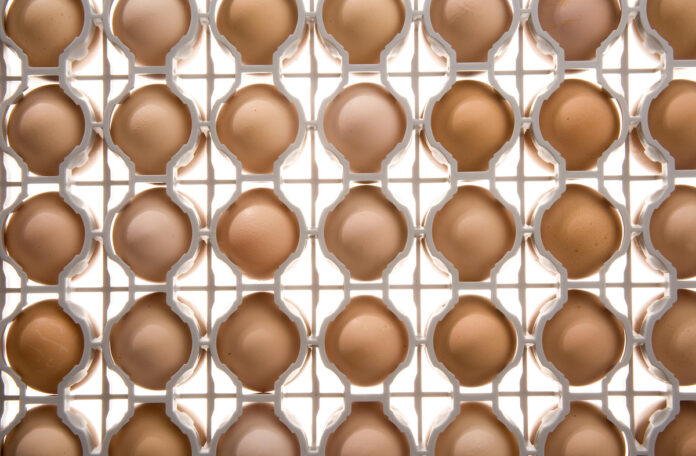 First week mortality is often higher in chicks from very young breeders (25-30 weeks) than in chicks from older breeders. What causes these chicks to be more vulnerable?

During incubation, the developing embryo utilizes nutrients from the yolk sac, the nutrient composition of which depends on several factors, including the age of the hen.

During the main part of incubation, the chicken embryo relies for more than 90% on the oxidation of yolk fatty acids to meet its energy demand. Studies show that embryos and chicks from young breeders are less able to mobilize lipids and transfer lipoprotein for energy and have relatively lower yolk absorption. Other studies show that, on embryonic day 20, the villus height, crypt depth, and microvillus height are shorter in the jejunum of embryos from young flocks. Shorter gut villi provide less contact surface to absorb nutrients from the yolk or feed, which could influence the chick’s growth and development, especially during the first few days of life.

Adjustments in incubation and farm management

Eggs from young breeders spend less time in the oviduct than those from older hens. Consequently, these embryos are in an earlier developmental stage when the egg is laid, which means that they need a couple of hours longer incubation time. As eggs from young breeders are generally smaller, the egg mass and heat production inside the incubator is also lower. Adjustments to the temperature setpoints might therefore be necessary to maintain the average eggshell temperature of 100 °F inside the machine and prevent eggs from becoming too cold during the last part of incubation.

Day-old chicks from young breeders may benefit from extra nutritional support directly after hatching, to reduce first week mortality. In a field study by Royal Pas Reform that included 1.8 million chicks, it was found that providing feed in the SmartStart™ hatcher considerably reduced first week mortality in chicks from flocks aged 25 to 30 weeks.

Farm management also needs to be adapted to chicks from young breeders. For example, the drinking lines should be lowered to prevent chicks having to reach too high for the drinking nipples. Also, as small chicks have relatively more body surface compared to their body mass and therefore lose heat more quickly, a higher brooding temperature is needed to maintain a rectal temperature of 104-1 °F. Chicks from young breeders need one to two more days to make the transition from ‘‘semi’’-poikilotherm to homeotherm. Besides providing optimum temperature conditions, additional nutritional support can also help these chicks to make a good start.

For eggs and chicks from very young breeders (25-30 weeks):