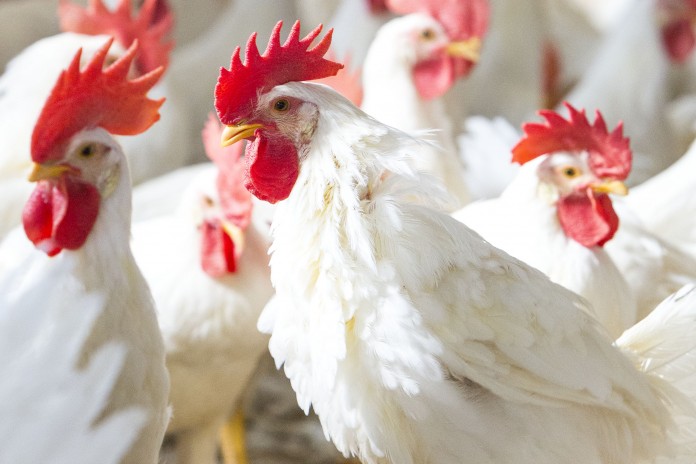 The Poultry Science Association 2017 Annual Meeting took place in Orlando, Florida on July 17-20. Being the most prestigious scientific event for poultry in the United States, it convenes researchers, scientists and technical professionals from all around the world.
The main conclusions of the studies go to the heart of the broiler market needs: improved technical performance at lower cost and maintained growth performance without using antibiotic growth promotors.
The main discussion topics were nutrition and health. In this context, Trouw Nutrition showed its research efforts in three presentations about feed additives.

The first presentation revealed the potential benefits of drinking water additives on performance and intestinal microbiota in broilers. Over a 35 day growth period 2120 Ross 308 cockerels were divided over 4 dietary treatments: control group vs. water additive treatment group reared under research (“clean”) or poor hygiene conditions. The water additive treatment group showed a significantly higher daily weight gain compared with the control group: 63.9 grams/day vs. 60.3 g/day, respectively. Additionally, daily feed intake increased by 5.5%. The conclusion? Water additives, like Selko-pH, can effectively improve growth performance in both hygiene conditions. These improvements may be attributed to the changes in the intestinal microbiota induced by the drinking water additives.

The second presentation showed validation data for a feed additive, proving its effects on growth performance when no antibiotic growth promotors (AGP) were used. The research study was performed in the US with built-up litter and validated in commercial broiler production conditions in Canada.
The feed additive treatment groups presented performance results, such as body weight gain and feed conversion ratio, comparable with the AGP treatment groups and significantly better than the negative control groups.
The important take-away is that research confirms that by using products like Selko Presan-FY it is possible to maintain performance in an AGP- free production system. The results were observed in broilers over a range of market weights, under various production conditions.

The last session by Trouw Nutrition presented the effects of a novel antioxidant blend as a partial replacement of vitamin E on broiler growth performance, antioxidant status and meat quality. The validation results revealed the potential of a novel polyphenol blend (Selko AOmix) to replace the supplemental vitamin E above the 10 IU/kg NRC 1994 requirement.
What’s in for producers? The study, performed in Canada, demonstrated that high doses of vitamin E performed the same as NRC 1994 requirement of vitamin E + a vitamin E equivalent antioxidant dose of Selko AOmix, at a lower cost. The conclusions showed no significant differences in growth parameters and meat quality for broilers.