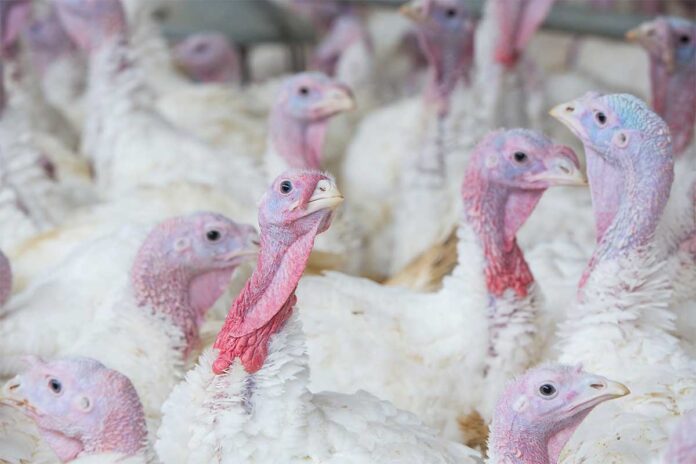 USPOULTRY and the USPOULTRY Foundation announced the completion of a funded research project at the University of Georgia in Athens, Georgia, in which researchers investigated the impact of anthelmintic resistance in parasites of poultry.

Dr. Ray Kaplan and colleagues at the University of Georgia recently completed a study evaluating anthelminthic resistance in parasites of poultry. The project aimed to measure the production impact of drug-resistant Ascaridia dissimilis on turkeys, develop a molecular diagnostic that would allow for screening of resistance in populations of Ascaridia dissimilis, and determine the efficacy of fenbendazole on a population of Heterakis gallinarum. Overall, results demonstrate the impact that poultry nematode parasites may have on the health and productivity of poultry and highlights the need for new control strategies for continued efficiency in production.

An important factor in the profitable production of poultry is the management of helminth parasites. Ascaridia galli and Ascaridia dissimilis are nematodes of the Ascarididae family and are two of the most common and economically important nematode parasites of chickens and turkeys, respectively, with up to 100% of birds in some flocks infected. Helminth control is typically achieved via the frequent administration of anthelmintic drugs, with fenbendazole (FBZ) being the most commonly used drug. Fenbendazole is currently the only FDA approved anthelminthic for use within the poultry industry. Researchers have recently completed a study in turkeys that definitively demonstrated resistance to FBZ in Ascaridia dissimilis, which has led to further investigations.

In this study, the researchers had three primary objectives:

Objective two was unable to be accomplished. A molecular diagnostic could not be developed as analyzes of sequence data from resistant parasites failed to show any known resistance-associated variants in the betatubulin genes. It appeared that resistance in ascarids did not involve the typical mutations in the betatubulin gene. Further, genomic work and mapping studies will be needed to determine the underlying mutations associated with Benzimidazole resistance in ascarids. However, once resistance-associated mutations can be identified, the proposed diagnostic can likely be developed in a future study.

Experiments conducted for objective three revealed that neither the label dose of FBZ, nor a dosage twice that of the label dose, significantly reduced parasite burdens, indicating that the isolate was highly resistant to FBZ.

These results raise significant concerns for Blackhead control, as vector control is currently one of the few options available.

Overall, results demonstrate the significant impact that nematode parasites may have on the health and productivity of poultry and highlights the need for new control strategies for continued efficiency in production. The lack of known resistance-associated mutations in FBZ-resistant nematodes is entirely novel and presents an important new avenue of study for all ascarids.

The research was made possible in part by an endowing Foundation gift from Wayne Farms LLC, and is part of the Association’s comprehensive research program encompassing all phases of poultry and egg production and processing.

A complete report, along with information on other Association research, may be obtained through USPOULTRY’s website: www.uspoultry.org.