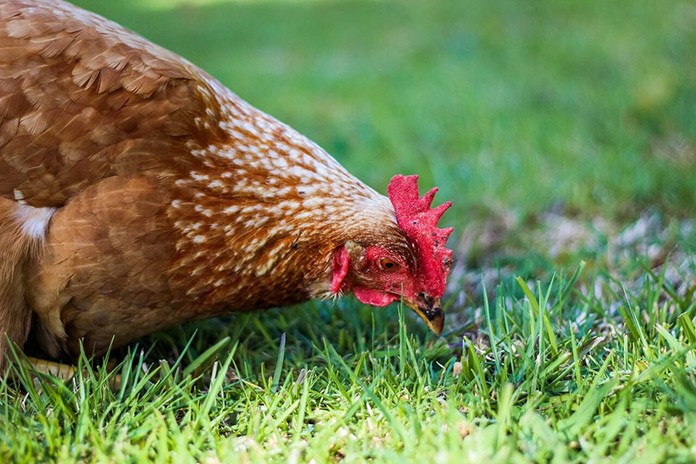 The massive increase in the human population that has occurred over the last century is precipitating a cascade of environmental, economic, political and cultural changes that have far-reaching implications for the provision of an adequate global food supply. In the future our food will need to be produced more efficiently.
Increased agricultural productivity must come from a reduced land area and resource base. Arable land continues to be lost due to soil degradation and urbanisation. We will need to be less dependent on resources that are becoming scarce, like arable land and water, or more costly, like energy and petrochemical- based inputs, including fertilizers. The world population exceeds 7 billion and is expected to climb to between 9 and 10 billion by the middle of this century and then stabilise and perhaps decline. It is the massive increase in the number of humans that has occurred over the last century, which is precipitating a cascade of environmental, economic, political and cultural changes that have far-reaching implications for life on earth and for food security. To make matters worse, this is occurring at a time of rapid climate change.
Food is fundamental for human existence and health but many of the world’s inhabitants experience ongoing hunger. For some this is due to drought, others war and for many it is a lack of money to buy food. Not only is the global population increasing, but also we are living longer and becoming more affluent. Our demand for resources – particularly water, energy and food – increases dramatically with economic growth. As incomes increase, diets become more energy-dense and meat becomes a larger proportion of the diet. The challenge of preventing hunger and malnutrition will become even greater as the global population grows. Water requirements for drinking and food production will increase, as will the energy demand for food manufacture and distribution, and likewise for feed production and transport.
While many of the resources we take for granted have yet to physically run out, the perception of “peak” resources will have major impacts on political debate and commercial behaviour. What is often overlooked is the high level of interdependence between resources, especially as demand increases. Increased prices for resources have knock-on effects – including food cost and availability. The question is: how will it be possible to maintain global resource security in a sustainable manner? Before addressing this question it is important to discuss the relationship between food and human health.

Animal production and human health
The link between human health and agriculture is through food; its sources, composition and distribution. Food sources include both plant and animal and the availability and composition of the latter is largely determined by the cost of plant-based feedstuffs. It is not surprising therefore, that any consideration of population demographics demonstrates the importance of agricultural production as a major determinant of public health as agriculture is the major source of our food. This would appear to be a straightforward proposition, embracing the adage ‘we are what we eat’, especially in tribal societies. However, the relationship between agricultural production and human health is complex in a modern, developed society and measuring the impacts is difficult. For non-infectious human disease, the major cause is malnutrition whether a lack of food or excess consumption. Nutrient deficiencies are a major problem in many developing countries while excess intake leading to obesity and metabolic disease is an epidemic in developed countries. This double burden of nutrient deficiency and obesity is occurring simultaneously in some societies as the population becomes more affluent.
For many years there has been an ongoing debate about the benefit or otherwise of animal source foods, especially red meat consumption. In the past, claims of the detrimental effect of animal-sourced foods on human health have been made without rigorous scientific investigation. There is no doubt, however, that animal source foods, including lean meat, fish, poultry, eggs and milk, are an excellent source of protein and micronutrients. It should not be forgotten that humans evolved as ‘meat eaters. It is unlikely that we will curb our appetite for meat. In many instances, the mechanism that allows impoverished families to improve their income and wellbeing is access to livestock or poultry.
Animal products play an important role in the human diet and contribute about 16% of energy and 38% of protein consumed globally. There has been a significant increase in the demand for meat, milk and eggs over the last four decades. This reflects, not only population increase but also increasing affluence and what economists call Bennett’s Law: as people become wealthier, they switch from simple starchy plant diets to a more varied food input that includes a range of vegetables, fruit, dairy products, and especially meat’ Godfray.

The Global challenge
There is little doubt that the global demand for meat will increase and will need to be produced more efficiently. Increased agricultural productivity must come from a reduced land area and resource base. Arable land continues to be lost due to soil degradation and urbanisation. We will need to be less dependent on resources that are becoming scarce, like arable land and water, or more costly, like energy and petrochemical-based inputs, including fertilizers. Some would argue that it is how we manage the nexus between food, water and energy that is our biggest challenge for global food security.
Conversely, the environmental impact of agriculture should not be forgotten. There is no doubt that agriculture exerts considerable pressure on water supplies, especially when irrigation is used. What form of energy will agriculture use in the future to produce, process and transport our food? The impact of agriculture on plant and animal biodiversity and other component of agricultural production. Any disruption to this ecosystem service could have devastating consequences for food production. Future food production must have vastly increased productivity, good environmental practices and acceptance by society. Meeting these goals will require the effective use of science, underpinned by rigorous research.

The trifecta
To meet the needs of an additional three billion people over the next 35 years and to prevent further escalation of global poverty, agricultural production must double during this time. In meeting the increased demand for food, the interdependence between water, food and energy will become more evident and highlight resource insecurities.

a) Water
It is often not appreciated how scarce fresh water is. Some 70% of the earth’s surface is covered by water but only 3% of this volume is fresh water and of that, at least two thirds is trapped in ice sheets. Most of the fresh water that is available for use is found in ground water (0.76%) with only a very small portion in surface water (0.009%), distributed in lakes, rivers, soil, and the atmosphere. For most resources there are alternatives but not for water. Water is a scarce commodity, which becomes highly political when river water flows and water re-use are raised as issues. Consumers often fail to recognise that water is used throughout the supply chain to produce goods and services. On a positive note, water is a renewable resource and there is much to be gained by improving water-use efficiency.

b) Energy
Energy supply is fundamental to our way of life. Electricity is required in all links of the food chain from fertiliser manufacture to grain harvesting and transport. Even our domestic water supply requires electricity for treatment, pumping and wastewater collection. The generation of water in thermal power plants requires vast quantities of cooling water and this may come at the expense of agriculture.
The energy system is at the beginning of an inevitable transition, with increasing contributions from renewable energy, energy efficiency and sustainable development. Driving the transitions is a range of factors as outlined by Bentham (2015) including growing prosperity, changes in resource availability, technology and cost developments, political imperatives, shifting social norms and ever increasing environmental concerns. The two fundamental and strongest influences behind the energy system transition is an increasingly prosperous and growing global population, and concerns about climate change. There is increasing international interest in moving away from the use of fossil fuels to generate power to renewable resources like wind and solar. Biofuels are being increasing produced in some regions as an alternative energy source but may have limited application as this can create a three-way interaction between energy, food and water.

c) Nexus
It is obvious from the few points raised above that any improvements in the sustainability of water, energy and food security must be done in a coordinated manner. There will need to be trade-offs including water for municipal supply and river flows with demand from agricultural and thermoelectric industries; there will be competition between agriculture and the demand for water from the hydroelectric sector and mining; the push to increase energy security through development of biofuels will continue to be in competition with food production for land and water. Climate change will accentuate these trade-offs.