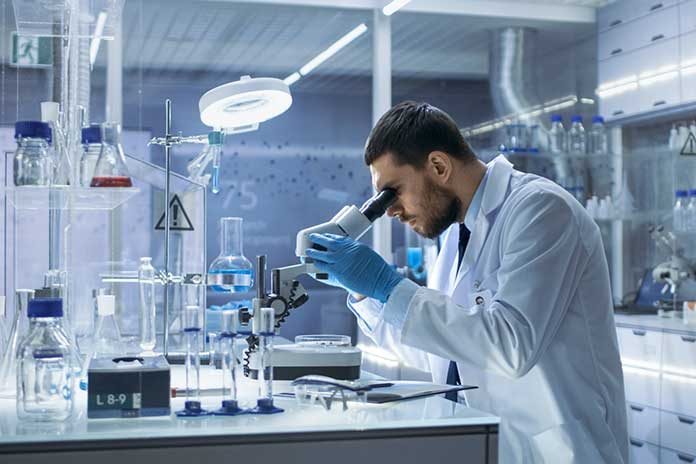 Coccidiosis continues to be one of the most pervasive and economically detrimental diseases in commercial poultry production. Controlling this enteric disease is an even greater challenge for poultry producers adopting production systems in which ionophore anticoccidial drugs are excluded to meet customer specifications for various product labels pertaining to reduced or no antibiotic use.

Under such systems, coccidiosis control methods include chemical anticoccidial drugs that are prone to resistance, live Eimeria oocyst vaccines, and a plethora of phytogenic or naturally derived products that vary widely in their mode of action and efficacy against Eimeria. Protective immunity established by live Eimeria vaccines is dependent upon oocyst cycling and a mild infection that peaks at approximately 2 weeks post-hatch in broilers.

Naturally occurring or vaccine induced subclinical coccidiosis is not only damaging to nutrient utilization and performance during this period, but it can also predispose broilers to necrotic enteritis, an enteric disease associated with proliferation of Clostridium perfringens. As such, a better understanding of nutrient utilization during periods of subclinical coccidiosis should reveal strategies to support bird performance and minimize availability of nutrients to Clostridium in the lower gastrointestinal tract.

Recent work in our laboratory has aimed to characterize the impact of a coccidiosis vaccine challenge model on nutrient utilization in floor-reared broilers. This approach facilitates Eimeria cycling following oral gavage of birds with 1 to 3 times the number of vaccinal oocysts recommended by the vaccine manufacturer immediately post-hatch to more closely reflect field conditions when compared with single, acute coccidiosis challenges administered to broilers reared in battery cages. An initial experiment using this model showed that the effects of coccidiosis on nutrient digestibility were most apparent at 12 d post-hatch, whereby nitrogen, starch, and ether extract (i.e., lipid; EE) digestibility were reduced (P<0.01) by 5.2, 3.1, and 9.7 percentage units, respectively, in vaccine- challenged birds compared with unvaccinated birds fed a chemical coccidiostat (Gautier et al., 2018). By 16 d post-hatch, nitrogen and starch digestibility were unaffected by vaccination, whereas EE digestibility remained depressed (P<0.05) by 5.1 percentage units. A subsequent experiment was conducted in which three starter diets with increasing concentrations of soybean oil were fed to broilers from 0 to 18 d post-hatch to account for the predicted loss in energy/lipid utilization due to vaccination (Gautier et al., unpublished). The increase in feed conversion ratio during the starter period due to coccidiosis vaccination was greater for birds fed the increased soybean oil diets compared with those fed the control diet, indicating that the additional oil was actually detrimental to nutrient utilization in the vaccinated birds.

Lipid digestion and absorption are relatively complex processes that involve emulsification of triglycerides by bile salts in the lumen, cleavage of fatty acids from triglycerides by pancreatic lipases, micelle formation of fatty acids and bile salts, fatty acid absorption, and re-esterification of fatty acids with glycerol and lipoprotein (i.e. portomicron) formation within the enterocyte. It is currently unknown which of these processes are most impacted during coccidiosis. Impaired lipid digestibility will certainly reduce absorption of fat soluble vitamins, including vitamin D, which will in turn influence calcium and phosphorus absorption. Increased digesta lipid content may also reduce the absorption of calcium via intestinal soap formation, and excess calcium has been suggested to be a predisposing dietary factor for necrotic enteritis (Paiva et al., 2013). Furthermore, while extensive research has addressed the effects of undigested protein and nonstarch polysaccharides on broiler gastrointestinal health and microbiome, very little work has sought to understand how undigested lipid affects these factors in broilers. Therefore, ongoing research in our laboratory is investigating mechanisms of impaired lipid utilization during coccidiosis and practical nutrition strategies that may ameliorate these effects.

From the Proceedings of the 2019 Midwest Poultry Federation Convention