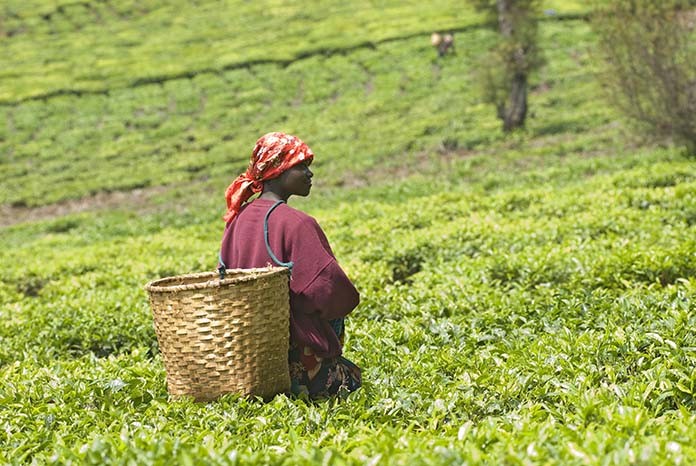 Countries in sub-Saharan (SSA) Africa have experienced relatively high economic growth from the mid-2000s, along with a rapid urbanization. This has led to the consequent increase in demand for processed food.
At the same time, demand for food globally has increased with the rapid economic growth of China. Among processed foods, poultry has been in particularly high demand as this is the main source of protein in southern African countries, as in most developing countries. As a result, the commercial poultry industries in some countries in the region, such as Zambia and Mozambique, have been growing at rates as high as 20 per cent per annum between 2005 and 2010.
The main input cost to the poultry industry is animal feed, which in turn is composed of processed maize, soya, and supplements.

Poultry breeding stock for day-old chicks that are reared as broilers is, for the great majority of southern African production, sourced from one of two multinational corporations, Aviagen Broiler Breeders and Cobb-Vantress Inc.
Breeding stock has characteristics including the feed conversion ratio, and resilience to disease, climate, and altitude. The poultry industry can therefore be understood as a value chain, from the production and processing of agricultural commodities through a quasi-industrial process of batch production of the rearing, processing, and distribution of poultry in fresh and frozen form. The competitiveness of the final product depends on co-ordination of production and investment through the various levels and the ability to acquire the key raw materials at a reasonable price.

The southern African region is a net importer of both poultry and one of its key inputs, oil cakes required for the production of animal feed, even though there is substantial potential for agricultural production of the main inputs. The regional trade deficit is largely on account of South Africa having a poultry trade deficit of US$270 million, or approximately 15 per cent of local demand, and an oilcake trade deficit of US$257 million in 2014. Agricultural conditions mean that while South Africa produces surplus maize, it is constrained in the production of soya and feed-related products such as oilcake which are mainly imported from South America. The growth in poultry production in the southern African region has been led by investments at different levels of the value chain by a small number of South African companies, in particular, RCL Foods Limited, Country Bird Holdings Limited, and Astral Foods Limited (hereafter RCL, CBH, and Astral, respectively). These investments illustrate the importance of bringing together the rights to the main breeds, large-scale investments in production facilities, and the technical and organizational capabilities in commercial poultry. The backward linkages to agricultural products in the region in the form of animal feed and its key constituents, maize and soybeans, are critic.

Taken together, the characteristics and recent performance of the poultry industry raises a number of important questions about investment and growth in regional value chains, linkages to growth in agricultural production and agro-processing capacity, and the lead role of large internationalized firms. With strong domestic and regional backward linkages and with growing regional demand, the animal feed to poultry value chain presents opportunities for domestic and regional industrialization.
The analysis of the animal feed to poultry value chain therefore raises a number of issues. First, it represents the intersection between agriculture and manufacturing, and indeed services such as retail and logistics. Second, it is characterized by large, vertically integrated producers who have control over key inputs, namely animal feed and breeding licences for the grandparent and parent stock. Third, it is also fragmented in parts as inputs such as soybean oilcake and maize are traded-lengthatby internationalarm’s traders and oilcake, in particular, is imported from outside the region in order to produce animal feed. In South Africa, the great majority of poultry is produced by large-scale commercial players who are generally vertically integrated with key inputs such as animal feed, all the way to slaughtering operations. The poultry is packaged and sold in fresh or frozen form, in pieces or whole, through retailers. For example, large players such as Rainbow Chicken (a subsidiary of RCL) and Daybreak Farms (formerly known as Afgri Poultry) sell approximately 50 per cent of their produce through retailers.
The most important category is packs of individually quick frozen (or IQF) chicken pieces, which accounts for 90 per cent of production of chicken meat in South Africa, largely sold to supermarkets. Fast food outlets are also becoming more important for poultry meat products such as chicken nuggets and fried drumsticks. Although on a much smaller scale, the Botswana poultry industry is similar to that in South Africa as it is dominated by large players mainly from South Africa.

In contrast, poultry companies in Zimbabwe are largely split into three production scales: large-scale fully integrated, large-scale semi-integrated, and medium- and small-scale production, with the medium- and small-scale producers producing the bulk of the chicken supplied into the Zimbabwean market. In 2014, the large-scale producers supplied between 2,600 and 3,000 metric tons of chicken per month to the formal market.The small-scale producers sold between 6,000 and 6,500 metric tons of chicken per month.These smallholders typically sell into the so-called informal market, by selling either directly or via traders to local retailers and consumers and into live markets.
Animal feed accounts for between 50 and 70 per cent of the total input costs. Animal feed for poultry is generally made from milled maize and soybean or sunflower. At approximately 60 per cent of production costs, maize accounts for the largest share of inputs into feed production by volume and value. Soybean products account for 25–30 per cent of animal feed production cost and the rest is made up of additives such as lysine. Soybean oilcake and full-fat soya are the processed soybean products used in animal feeds.
South Africa is a net importer of these products, with various oilcake imports reaching over US$600 million in 2012 and soybean imports increasing sharply from US$3.4 million in 2013 to US$51 million in 2014.8 Soybean oilcake is used to produce general animal feeds whereas full-fat soya is used to produce high-quality animal feeds. Animal feed production is carried out in the feed mills where the main ingredients (maize and soya), including vitamins and antibiotics, are combined to produce stock feed.
Two dominant breeds of chickens are used worldwide in the broiler production industry, the Ross breed, supplied by Aviagen, and the Cobb breed, supplied by Cobb-Vantress of the United States. Typically, the holder of the intellectual property – in this case Aviagen or Cobb-Vantress – sells grandparents to a distributor (usually through a franchise arrangement) who then breeds grandparents to supply day-old parent stocks to the market. The customers of this parent stock are either fully integrated broilers who sell their product to the retail market or they are day-old broiler chick producers who in turn supply independent broiler producers that sell their product in the retail market.
In both Zimbabwe and South Africa, both Ross and Cobb breeds have established markets, although a new breed, Arbor Acres, was introduced into the South African market in 2007.

It is important to note that the breeds for layers (birds grown for the production of table eggs) and broilers (birds grown for the production of meat) are different and thus constitute two separate markets. The day-old chicks are reared by contract growers, poultry firms’ own farmers. The broiler production model has evolved from industry players owning the farms on which broilers are produced to them having contract growers rear the birds. Large firms are increasingly using contract growers because owning farming land is costly. Contract are growing accounts for approximately 60–80 per cent of the production of broilers in South Africa. Typically, the poultry company contracting the farmer would provide day-old chicks, animal feed, and extension services such as veterinary services and training.
Once the day-old chicks are fully grown (between 32 and 42 days old) they are taken to slaughter at an abattoir and processed for sale in the retail market and fast food restaurants. In some cases, the chickens are sold live. This is normally the case with small-scale farmers.
Access to abattoirs and processing facilities affect the level of processing of the chickens, that is, whether they are sold live, slaughtered and fresh, or slaughtered and frozen. It also affects the level of access to the retail sector, especially given that consumers mostly purchase frozen chicken, with South African and Namibian consumers purchasing between 80 and 90 per cent of chicken as either IQF or frozen whole birds.

Vertical integration with key inputs such as animal feed is a key characteristic in the poultry value chains in Botswana, South Africa, and Zimbabwe, particularly for the larger players. This is important for the co-ordination of production, especially for those firms operating on a large scale. The major producers in each country are generally vertically integrated, starting from breeding operations and feed production to slaughtering and processing. In Zimbabwe, where the bulk of chicken supplied to the market is from small-scale farmers, vertical integration is only a key feature for the few large firms that supply the formal market. Moreover, a number of the players, especially large South African poultry companies, have operations in more than one country in the region.
The poultry industries of other countries in the region are unsurprisingly relatively small compared to that of South Africa. Estimates for Zimbabwe place total production at over 88,000 tons in 2012 increasing to 132,000 tons in 2014,17 although it remained uncompetitive with large net imports and is largely driven by the demand variability owing to economic conditions and the protection imposed by the Zimbabwe government.

Mozambique’s local commercial production of base of 4,156 tons in 2004 to 40,493 tons in 2011. The increase in production was largest in 2006 and 2007 and this has been attributed to the establishment of new hatchery businesses in Maputo and an increase in production of day-old chicks (FAO 2013). However, the country remains a net importer. Production in Botswana in 2014 was estimated at just over 42,600 tons.18
While the South African poultry industry is made up of a few large, vertically integrated players who produce chickens commercially on a large scale, the structure of the poultry industry in the other countries is somewhat different.
In Zimbabwe, various sources suggest that large-scale production of poultry only accounts for 20–30 per cent of total domestic poultry meat production in the country. Botswana’s poult industry has strong links to the South Africa.
In South Africa there are two main poultry producers: Rainbow Chicken and Astral. The poultry production of these two companies represents 46 per cent of total broiler meat production. The other key producers are CBH, Quantum, and Daybreak. Smaller players such as Sovereign Foods and new entrant Grain Field Chickens (GFC) make up the rest of the production, although to a much less extent than the aforementioned players.
From a paper by Phumzile Ncube, Simon Roberts and Tatenda Zengeni