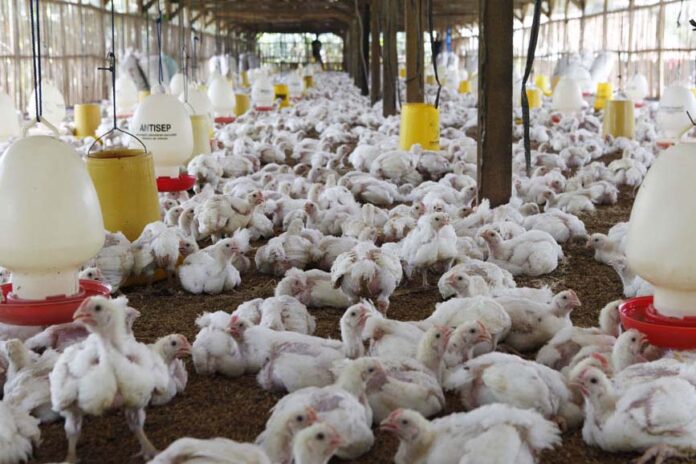 Hassaan Bin Aslam, a veterinarian and microbiologist from Pakistan, is a student at The Pirbright Institute and the Royal Veterinary College whose project explores the structure of the Pakistan chicken industry to provide information that will aid scientists and policy makers in preventing the spread of avian influenza. Hassaan was one of 15 students accepted into a PhD scholarship associated with the ZELS-AS projects, entitled ‘Combating bird flu by developing new diagnostic tools and vaccines’.

Avian Influenza viruses can have a devastating economic impact on farmers, reduce animal welfare and disturb global supply chains. Their potential for zoonotic transmission in crossing the species barrier from chickens to humans has serious implications for public health and could further damage farmer livelihoods.

Hassaan’s project involved characterising the chicken industry in Pakistan through maps of chicken production, exploring barriers to take-up of control measures such as vaccination and estimating the socioeconomic impact of low pathogenic  Avian Influenza (LPAI), of which the subtype H9N2 is endemic in Pakistan.

Data from chicken farmers in Pakistan’s Punjab province, where 70 percent of Pakistan’s chicken production takes place, was used to generate detailed chicken production system maps, including distribution and marketing channels, flows of product (such as feed, chicks and eggs), and stakeholders. The data sets were also used in economic models to quantify the impacts of LPAI and the cost-effectiveness of vaccinating birds.

These maps can now be used by the scientific community and policymakers to identify how  Avian Influenza viruses can spread, where disease may have the biggest impact and where interventions such as vaccinations, improved sanitation practices and disposal of dead birds may be most effective. Hassaan’s PhD work will also inform policy reforms for the successful control of diseases in chicken production, and simplified versions of his models are being introduced to chicken farmers for use as decision-making tools when choosing best farming practices and economically efficient disease control measures.

Poultry in a Pakistani village

In addition, the research has laid the path for using interdisciplinary modelling approaches in addressing potential barriers in technology uptake, not only for LPAI, but also other chicken diseases such as high pathogenic  Avian Influenza and Newcastle disease.

Hassaan commented on his PhD project, which he is soon to complete: “I am extremely proud that my work in Pirbright’s Avian Influenza Group has resulted in data that can be used by my peers, policy makers and farmers to have a real-world impact. Providing results that can be used to implement changes in practice and policy that could prevent the spread of LPAI has been extremely rewarding”.

This research was recently publised in Frontiers in Veterinary Science.