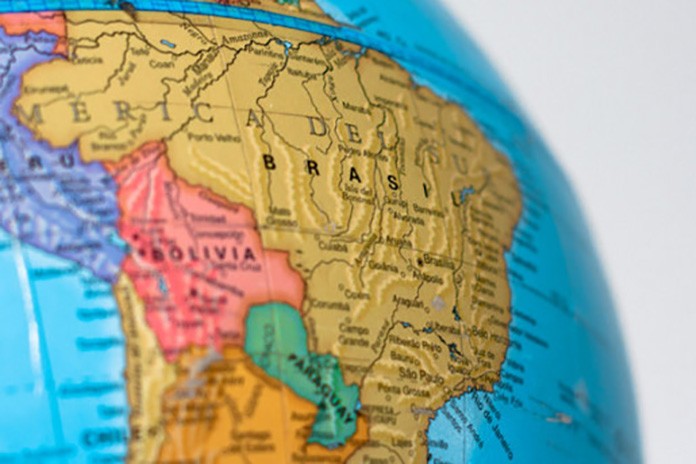 An brief history of broiler production and export increase in Brazil over the time.

A successful economic case
Brazil was an eminently rural country until the 1940s, with 70% of the population living in the countryside and practiced subsistence farming. Government programs promoted industrialization in the 1950s, leading to a trend in urbanization and its consequences. In 1950’s Brazil established cooperation with The United States of America (USA) to implement poultry production development (Project ETA-42). Veterinarians and owners of poultry farms were sent to the USA in 1961 on a three-month mission in order to see the American poultry industry first hand. As a result, the imports of chicken breeders from the USA in the early 1960s were a decisive contribution to the consolidation of poultry raising as an industrial activity. The first five years of the decade were marked by hundreds of poultry projects that attracted foreign companies to invest in Brazil. By the 1960’s, chicken was quite spread across the country in small farms. Few organized poultry operations existed. At that time chicken meat cost three times more than beef, the most popular meat. Chicken consumption was a weekend delicacy or served on special occasions. Chicken soup was recommended to convalescent patients or to women after labor in order to stimulate prompt recovery. Very soon, dense poultry areas were established close to the big cities; Sao Paulo and Rio de Janeiro. Each poultry segment was established under their own risk. Day-old chicks and mash feed in bags were the core of the broiler business production. Live bird markets were usual. Velogenic Newcastle disease and Mycoplasma gallisepticum infection were well disseminated and constituted a threat and a challenge to the poultry industry development. By the end of 60’s an integration production model was implemented in the Southern region of Brazil. Small family farmers, with long-term investment, were predominant. There were plenty of corn and soybean productions in the region or nearby. The contracted farmers (usually with two broiler houses) received day-old chicks, feed and technical support. All-in, all-out and biosecurity measures were adopted. Poultry breeders were allowed to import only as Grandparent Stocks. In 1963 the Brazilian Poultry Union (UBA) was set up. Today it is known as Brazilian Association of Animal Protein, and the first Brazilian Poultry Congress was held in 1969. In the 1970’s the broiler industry had rocketing growth, pushing production and increasing Brazilian poultry consumption. The oil crisis in the 70’s allowed Brazil to open up trade agreements with Middle Eastern oil producing countries enabling the sector to develop and mature, exporting whole chickens to the region. This became the turning point and a golden era for broiler exportation. From the latter part of 70’s, broiler cuts were exported to Japan. The Brazilian Association of Chicken Producers and Exporters (ABEF) came into being in 1976. In the 1990´s, it was lead by an increase in technical production and animal performance with reduction of production cost. Export to EU was the most relevant as consolidation. And in 2004, Brazil became the main broiler exporter in the world.

From family owned companies, around 2010, venture capital enterprises emerged by merging the largest firms forming BrFoods, JBS and Marfrig. Poultry meat was just part of the portfolio of these food companies. Interesting to note that at no time was egg production part of these companies. Laying hens production system were and is still based on independent, small, medium and large producers. In 2014, the Brazilian Association of Animal Protein (ABPA) was created, merging poultry and pork together. It became the largest association of the animal protein chain in Brazil, with 131 members among which are producers and exporters of poultry meat, pork, eggs, genetics, equipments, veterinary drugs, as well as state-level entities and other associations. They organize a biannual Conference more focused on politics and economics. A large exhibition follows along with the meeting. Brazilian Poultry industry production and export Agribusiness is one the most important economic sectors in Brazil, being responsible for 30% of the nation’s income, with 16 million jobs. The Brazilian poultry industry became highly qualified, with liner growth allowing production at low cost. In 2012, it generated an annual turnover of US$ 20bi, with 3.56 million jobs, as a result of placement of 50.04 (millions of heads) of broiler breeder in 2011. More than 70% of broiler production is still located in the southern states. Part of it is moving to the central part of Brazil, where corn and soybean have lower cost and environment conditions are better. The chicken meat production rose from 294 thousand tons (TT) in 1972 to 12,691 TT in 2014, overtaking beef and, by far, pork. From 2000 to 2014 the average annual growth was 7.5%. This number (12.7 Million tons) puts Brazil in third place after US (17.0 Million tons), and China (13.0 Million tons). In 2014, the three countries (USA, China and Brazil) together were responsible for 54% of world chicken production. In 2014, the exports of chicken meat represented 31%, to more than 150 countries, with 4,099 million of MT, representing a turnover of US$ 8.5 (Billion). Cuts still represent 52% of the exports. Middle East and Asian countries are the most important destinations. Brazil and USA are responsible for 77% of all poultry meat exports.

Brazilian Poultry Industry – Disease control and food safety
The Brazilian government implemented two major programs for the sanitary control of the poultry industry. They are based on a joint program with the poultry industry. One is the National Poultry Health Program – PNSA), which carries out epidemiological and sanitary surveillance for avian diseases. The other is the National Plan for the Control of Residues and Contaminants – PNCRC, which encompasses animal and plant products. These programs comply with standards set forth in the Codex Alimentarius, which was drafted jointly by the Food and Agriculture Organization (FAO) and the World Health Organization (WHO), and which lays down world standards for procedures in producing foodstuffs. Restrictions on the use of antimicrobial agents as growth promoters have been imposed. Brazil’s programs are fully acknowledged by demanding markets such as the European Union. Both the Codex Alimentarius and the OIE standards are parameters adopted by the WTO. For the more devastating diseases, such as Avian Influenza and velogenic Newcastle, prevention plans in preparation for any potential outbreak have been established to prevent the introduction of these diseases from affected countries. Specific measures have been taken, such as: Imports of genetic material only from countries without risk and after strict risk analysis; Genetic materials are imported as fertile eggs. They are quarantined in the incubation plant during which time testing for infectious diseases, including avian influenza; prohibition of visit or quarantine during 72 hours of people coming from risk countries before entering in any poultry facility; improvement of biosecurity in the breeder and broiler farms; isolation of breeder farms and hatcheries, and strict separation of commercial farming from backyard; implementation of monitoring systems (prevention plan); establishment of an early alert system; laboratories prepared for specific diagnosis; surveillance in commercial and migratory birds (mortality equal or greater than 10%, inspectors are immediately communicated

Poultry genetics in Brazil
Four genetic houses have elite genetic material in Brazil (Great-grandparents) and other import Grandparents fertile eggs. As a result of this, Brazil became a platform for breeders and Grandparents Exports (fertile eggs) to Middle East and Latin America, but also exports to Europe and Asia, fertile egg to Middle East, South America and Mexico; and controlled eggs (commercial layers) for Europe. Environmental control and Chicken welfare Environment and housing Improvements have been consolidated with adopting up-to-date technology. Several of them have been introduced from 1995 to 2012, such as tunnel positive ventilation, tunnel negative pressure ventilation, dark house for breeders, dark house with solid wall also for breeders, inlets to minimal ventilation, isopanels to block ceiling and walls.

Poultry Science and Technology exchange – WPSA Brazilian Branch
WPSA Brazilian Branch (WPSA-Br) restarted its activities in 1982. The board of 25 technical members (researchers and field veterinarians) meets once a month at its own office. The first Annual Conference on Poultry Science and Technology in 1982 had only 135 attendees, reaching 1079 delegates in 1989. The average attendance in the last five years has been 700 attendees. The three-day Conference brings a combination of local and foreign invited speakers covering emerging problems and the newest in poultry science and technologies. Scientific papers, presented as poster or oral, is an important part of the event. Up to 200 papers covering all areas are presented. Awards based on a Certificate and a check are presented to the best papers in four different areas: nutrition; diseases; production/management; other areas. There is no poultry exhibition along with the Conference. WPSA-Br has been publishing its own quarterly Scientific Journal (Brazilian Journal of Poultry Science) with increasing impact factor. Technical books in different poultry areas are also produced intended for students and field technicians. There are many more local technical meetings organized by regional organizations. Besides these mechanisms of technology transfer throughout the private sector, the Brazilian government has provided a great deal of support on research. Embrapa is an outstanding Brazilian Agricultural Research Corporation with headquarters based in the capital Brasilia, DF. Research Centers are located close to specific producing area. The Center for Chicken and Swine research (CNPSA) is located in the south, close to poultry and pig productions.

Brazilian Poultry Industry – Future Challenges
There are several drivers of the Brazilian poultry production industry for the coming years. Quality and lower cost used to be the support for the rapid consumption growth and export of the Brazilian broiler industry. Not anymore. From 2002 to 2012 the cost of live broiler jumped from US$0.40 per kg to US$1.15, getting close to countries with the world lowest cost; USA with US$1.20, Thailand with US$1.30, by 2012. Part of this was due to the cost of feed that counts for 65.5% of the total cost, within feed cost, corn price was the one with higher price increases. Another fact is to accommodate production costs with increase of social and labor charges. Fortunately, the grain production in Brazil is growing and the international prices are coming down. Brazil is, by far, the country with most available agricultural area in the world. However, the country is struggling with the lack of infrastructure and logistics for making grain available for animal production & export.
From the Proceedings of the Potential For Poultry Production in Developing Countries