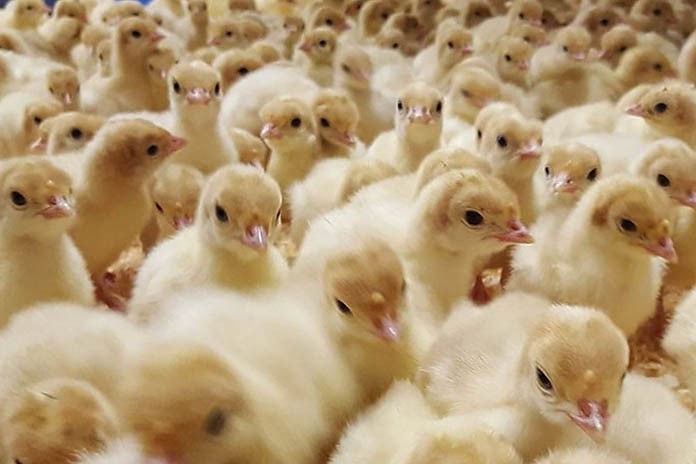 A quick time travel back to a turkey hatchery in 1992 might show you a frazzled hatchery manager frantically trying to get eggs trayed, moving racks into incubator on time, pulling and processing a hatch and… jumping behind the wheel of a transport truck for an all-night drive to deliver poults to a farm.
The hatchery manager was considered part of the workforce or headcount and was expected to do labor as well as running maintenance on HVAC systems, incubators and hatchers, managing schedules and keeping abreast of the latest standards and developments. It was an all-consuming job and the manager had to have a plethora of skills; maintenance, troubleshooting, bio-security, veterinary and science expertise… and a class D driver’s license.
Today’s hatchery manager has less to do with the hatchery operation and more to do with the management of people and processes. This is a result of changing labor laws, government biosecurity standards and the development of superior incubation technology. In the past 25 years the areas that have undergone the most change and have had the most impact on the hatchery manager’s job are bio-security, animal welfare, technology, servicing and incubation/hatching. To properly appreciate the evolution I will discuss each in its turn.

Bio-Security
With the outbreaks of Avian Influenza (A.I.) in the mid 90’s and early 2000 along with other diseases, turkey hatcheries have included procedures for preventing the introduction of disease into their facilities. Some of these have included change of clothing, showering in and out, documentation of travel, and traffic within the hatchery. Since A.I. is associated with wild birds and their migration, hunting or contact with other birds can require several days away from the hatchery before and employee is allowed to return to work. Owning pet birds or backyard flocks can also disqualify potential new hires. As further protection employees and visitors are now often required to sign a Bio-Security statement before entering the hatchery. This scrutiny is essential for preventing the spread of disease, but management of the procedures is one of the new burdens assumed by modern hatchery managers. Animal welfare
Because the modern consumer is increasingly concerned about how the animals raised for food are treated, the government has become actively involved in ensuring that best practices are observed and that the humane treatment of all animals is considered in farming.
The largest markets for turkeys, restaurants and commercial outlets, have animal welfare statements and standards and are holding farms accountable for the well-being of the animals under their control. They will often have staff trained to conduct welfare audits on their suppliers. This has necessitated a mountain of documentation for employee training and the production of Standard Operating Procedures (SOP) for the management of all birds. Proper training must be documented for handling, euthanizing, and waste disposal and the methods used must conform to the industry standards. The loss of a setter or hatcher (although rare and an unfortunate occurrence) is creating a ‘bleep’ on the radar and may also be investigated. The manager’s job is to integrate these procedures and expectations into the hatchery without decreasing productivity or expense.

Servicing the poult for the farms
The past 25 years has shown an evolution in some of the ways that a poult is conditioned for the farm. For example, the beak trim. The beak trim is a preventative measure to reduce damage caused by injurious pecking within the flock and designed to reduce ‘cannibalistic’ activity. A previous method involved using a hot blade to partially cut and cauterize the tip of the beak. This method was popularly replaced by the bio-beaker or laser debeaker. The poult’s beak was pushed into a head holder that contained two electrodes. When both touched the beak an electrical arc was produced and burned a hole through the beak. In a few days the tip would fall off at the rearing farm. Both of these methods were extremely time consuming and relied on skilled application and operation.
The introduction of robotics has revolutionized the procedure, application and personnel involved. Custom masks hold the poults head precisely directing a high intensity light on the beak tip. This allows the beak to ‘wear away’ in a much more humane and effective manner. Mortality has been significantly reduced and there is a substantial cost saving.
Another servicing procedure that has also seen the benefits of robotics and engineering is claw (toenail) conditioning. Claw removal prevents birds from injuring other birds during high activity. This procedure was once done with a hot blade that cut and cauterized. Modern technology now uses microwaves to remove the nail with minimal tissue damage.
Over the past 25 years, as developments have been introduced, the turkey hatcheries have adapted to these new, more humane technologies and methods for performing standard services. Technology
Technology has changed the way the modern turkey hatchery works. Take a quick look around the operation. What you’ll see, somewhere, is a computer, maybe several of them. They tell equipment how to operate and the managers and staff what they need to do to get the job done correctly. Technology is now available that allows embryos to control their own temperature and hatching needs. Even though they are dealing with a live product, hatcheries collect data and analyze their results.
A “quality hatch” is determined by the data. “Hatchability”, “hatch of fertile”, “hatch spread”, “moisture loss”, “poult yield”, “cull poults”, and “livability” are some of the markers used to monitor the success of a hatchery. Data, once gathered, can be compared to national statistics and rankings. Hatchery managers rely on technology and although it is supposed to make work more efficient, it may seem that they are working harder than ever. Greater efficiency means shorter deadlines and therefore, they and their staff, may have to put in a lot more time.
With all this technology and data available, the subjective view of a “Quality Hatch” has become less and less viable. At one time the hatchery relied on markers such as observation (bright yellow color, bright eyes, legs, hatch debris, meconium on tray, culls on trays, heavy panting, etc.), noise (calm, noisy or agitated poults) or touch (soft, mushy, or hard abdomen). These days managers spend less time viewing their hatches because they simply don’t have the time and rely more on monitors and data analysis.

Incubation and hatching
Probably the most instrumental change in the turkey hatching industry has been the shift from multi-stage to single-stage technology. Since Jamesway Incubator Company first introduced their single-stage machine in 1993 (the ACI machine), the turkey industry has taken hold of the concept.

Jamesway has not sold a turkey multi-stage machine since 1994, although there are still many hatcheries in operation which continue to use multi-stage machines with good results. Why the huge shift? The single-stage offers the hatchery manager so much more control. Instead of the success of a hatch being dependent on the manual management of the eggs, now it is dependent on the programmed management of the eggs.
The single-stage machine puts the emphasis on the machine to perform the procedures for managing the environment of the incubator. Once the incubation is programmed you can shut the door until the egg transfer, with a simple 10% candling or check of fertility at 9-10 days of incubation. Temperature, CO2, air velocity and, in the hatcher, maturity, have all been incorporated to produce excellent quality poults. The single-stage can maintain egg room conditions until the set is required and it can operate on specifics for the embryo’s developing needs. The better hatch results combined with the reduction of management required make it easy to see why it has been called ‘worry free’ and why the trend has been towards this style of incubation.

The next 25 years?
The future of the turkey hatchery industry is beginning to take shape and we can see that the inclusion of technology and automation, combined with the superior performance of single-stage machines such as Jamesway’s Platinum 2.0, will pave the way for the industry to be able to manage the demands of consumer expectations, government regulations, profitability and growth.
The next 25 years should see turkey consumption increasing but with a sound footing on proper bio-security methods and animal welfare. The turkey industry has already chosen single-stage equipment for its future…and when we look at the data…the top US producers use Jamesway equipment.
Presented at the Midwest Poultry Federation Show in March, 2017