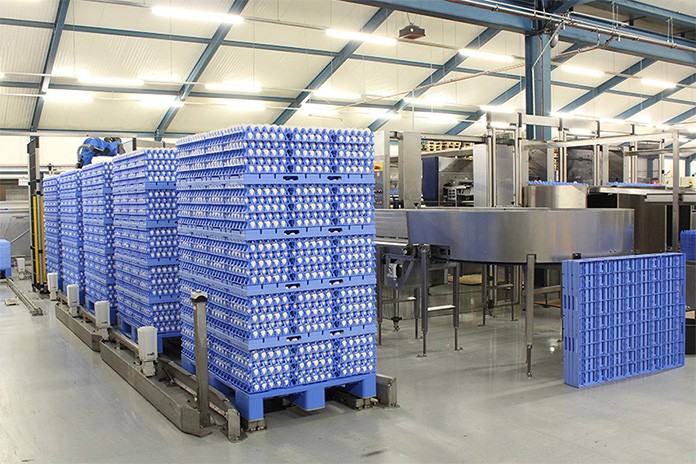 Twinpack B.V. is a leading company in packaging and packaging systems in the Netherlands and all over the world. Zootecnica International interviewed Mr. Jacco Wagelaar, the Twinpack Managing Director, who launched a new Twinpack separate business in January, named Twinpack Special Product. The newborn company will deal with special packaging systems for the global egg and poultry industry.

Mr. Wagelaar can you briefly outline the story of your company?
“Twinpack started 25 years ago in Barneveld, just in the city where it is headquartered today, and was specialized in packaging solutions for eggs and chicken. The business took advantage of the company strategic position, in the centre of Europe and developed its activities through the Dutch deck-heads. In 2000 the Barneveld Twinpack company was sold to a Belgium Consortium, whose activities were focussed on the manufacturing of papers for packaging. This Belgian Group already possessed another company in Noordwijkerhout, a place very close to Amsterdam, mainly dealing with packaging for the Dutch flower and bulb industry, which is famous all over the world. It was therefore a logical step in 2005 to combine these Dutch trading companies, giving the new born the name of Twinpack. Due to the economic crisis in 2011, it was decided to close the Barneveld operation since it was too smaller with respect to the other one in Amsterdam, integrating it in the Noordwijkerhout business in 2011 and 2012. In 2013 Twinpack shares were sold to the current new owner, De Jong Holding B.V., a company producing corrugated papers and boxes and headquartered in the Hague, Netherlands”. How did the idea to create Twinpack Poultry Products originate?
“I became the CEO of the whole Group, but since my specific expertise and my professional background were more oriented towards the poultry and egg sector, last December I asked if it was possible to separate the plastic activities of Twinpack, which are 100% related to the global egg industry, thus creating a new, independent business. My proposal was accepted and within six months a new company named Twinpack Special Products was established. The current Twinpack operation will remain located close to Amsterdam, with its core business focused on corrugated cardboard packaging for cut flowers and plants, while the new one will be based in Barneveld, dealing with plastic systems and packaging for the global egg and poultry industry. The reason for this scission was to keep maximum focus on the diversity of clients and product groups, with the aim of giving an even better service.”

Which are the main goals of the newborn company?
“Twinpack Special Products business is nowadays 100% related to the Giordano family, producing the EggsCargoSystems®, HatchCargoUnits® and EggyPlay® packaging. We have a long track record with the Giordano family and our cooperation is beneficial to our mutual businesses. The global brands we are promoting are the above mentioned EggsCargoSystems®, HatchCargoUnits® and EggyPlay®. Eggyplay®, a patented egg box design made from colourful moulded plastic, is used for egg storing. Twinpack has been selling the Eggs Cargo System for more than 10 years all over the world. Besides the plastic tray, the system consists of plastic pallets and dividers. Using the Eggs Cargo System, the entire logistics in the egg packing station and/or the egg product factory is completely automated. There are already various palletisers and palletiser systems available. Cleaning is fully automatic thanks to special washing machines.
The system ensures a better hygiene, helping customers to avoid bacterial contamination and diseases. Only the best raw materials are used for the production of the EggsCargoSystem®. In addition, in order to considerably reduce the ability of bacteria to attach themselves to the plastic surface and to prevent the spread of bacteria, Twinpack can provide the system with BioCide PT2. This addition is completely safe for food and is used globally on a large scale”.

Which are your plans for the future?
“As far as our future plans are concerned, we hope to be able to even develop new packaging systems widening our product offer, all specifically designed for the egg industry. The company is officially operative from January 2016, and we are going to inform our customers and suppliers, promoting the new company and its activities on a global level. We need to spread news that we have separated the business and that the new company – Twinpack Special Products – will provide modern solutions for the egg packaging to worldwide customers”.

Jacco Wagelaar believes in the strength and opportunity of the poultry and egg sector. He aims at strengthen Twinpack Special Product position on the global market, being able to offer effective products for the egg handling, packaging and transport.