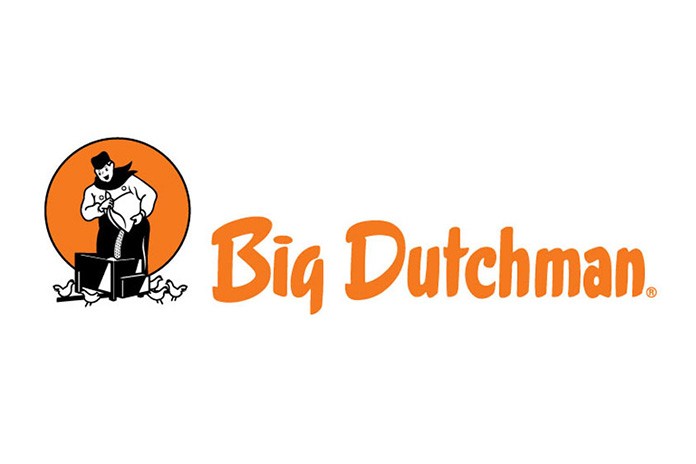 Zootecnica International had the chance to ask Bernd Meerpohl, CEO of Big Dutchman about the current poultry market situation at a global level.

1) Could you outline an overview of the current poultry industry at a global level?
“Consumption of animal protein has been rising throughout the world now for quite a while. This development is going to continue, but I am quite sure only in developing countries.
This is hardly surprising considering the growth in population and income in these developing countries as well as the changes that lifestyle and diet habits undergo consequently. When people get wealthier, they ask for a greater variety. They eat less food of plant origin such as cereals and more animal products like poultry meat and eggs.

At the same time, per capita consumption of animal products is still less than a third of that in industrial countries. Therefore, experts reckon that the total demand might double by 2030”.

2) Could you please specify some global trends?
“An important trend is that poultry meat uptake per person will increase faster than that for pork and beef. Therefore, poultry is supposed to be the largest meat sector in the world in 2020. Chicken in particular is very popular because it continues to be a more affordable protein source.
One matter which will become a focus in a lot of countries in the world, may it be developed or undeveloped, is the truly critical question of overuse of antibiotics. The fear of using up our last resort antibiotics and the diversity of antibiotics for human use is a great concern. In this respect, all market actors are called for contributing to a solution.
Poultry production is believed to rise quickly especially in Asia in the coming years. Africa is another region where growth rates will probably be very high. At present, main players in chicken meat are the US, China and the European Union. In the EU, we can still also see an opposing trend. There is a growing market for vegetarian and vegan products which will probably prevent further growth in this region of the world.
Global shell egg production is on the rise, too. Based on the development of production over the last fifty years, estimated population growth and predicted changes in population demographics, egg production will likely increase by 35.2 % by 2030. At the same time, developing countries are playing a much stronger role, with Asia taking the lead.
Another important trend is the animal welfare issue. In some regions of the world such as the European Union (EU), the US, Australia and New Zealand, the industry has already given way to ongoing criticism and pressure by public opinion and NGOs. The outcome varies depending on the region and / or country and it will continue to become an issue everywhere. Even in markets like India the welfare discussion is taking place”.

3) More than four years after the abolition of battery cages for hens in Europe, in your opinion what is the situation in this sector, considering that countries adopting alternative rearing systems are still penalized by egg imports from countries outside of the EU?
“The shift towards more animal welfare has been a deep cut. European egg producers did not only have to dispose of their old production systems and invest in completely new ones. Those switching to alternative systems for barn and free-range egg production also had to master extremely different management methods. At the same time, the industry had to cope with quite a difficult market environment. In most countries of the EU the industry has been severely hurt and is in a difficult situation.
Also, in some countries regulations are stricter than in others. Therefore, some member states such as Germany face double competition – inside the European Union and with other regions of the world. After all, most countries outside the EU have no or very little legislation as well as significantly lower production costs.
Further welfare provisions will certainly come up. In Germany, for instance, it is just a question of time until poultry farmers will have to stop beak trimming nationwide and also the killing of male chickens is under huge criticism and will be stopped some time in the future. In addition, new provisions may be added to the many EU regulations already existing in the field of environment and food safety.
Other factors such as a high volatility in feed prices, even more price-driven customers and the prospect of further opening of international trade also play a role. Challenges for the industry are manifold. The industry needs to respond and reposition itself in this changing environment, regarding size or niche as the main focus”.

4) Actually, the difficult situation between Russia and the West has been having significant repercussions on the food sector as well as on poultry products. Do you think there will be difficulties for the European countries also in exporting high-tech equipment in the near future?
“I am not afraid as of yet that Russia and the European Union will move further bans and sanctions ahead. We certainly hope to find reasonable solutions and to get back at the table together. I thus hope and believe that the equipment market will not face any sanctions. In any case, we will push forward to be able to service the Russian market in the best possible way in the long run and to be a straight partner for our valuable customers and friends. We don’t want to make this a political game.
Having said that, we need to be aware that on the global level we have to avoid getting into a ‘war’ of rules and regulations and thus prohibit the import of products. An example for this development is the growing tendency of drawing up new permissions for imports in many countries i.e. in Africa or also the new discussion in Germany to certify poultry products to be able to sell them here”.

5) Considering the current market situation, what is the philosophy of Big Dutchman?
“Since its founding in 1938, our company has grown and developed. It can rightly be said that Big Dutchman innovations have influenced the industry time and again.
A current example is the award we received on the occasion of the Space show in Rennes, France. We were honoured for to the numerous innovation awards we were given in the past 20 years in this part of the world alone.
Innovation is the core of our philosophy, which we continue to feel obliged to: Big Dutchman is a true family business. We offer innovative products we developed ourselves with considerable efforts and costs. We want every single one of our customers, whether in Brazil, France, Kazakhstan or Malaysia, to be successful with our products.
Therefore, we have constantly been listening to the market – or rather to the various markets around the world: What does the customer need? What does the market require, and what may the future bring? We are using the answers as basis for designing our equipment, and for perfecting our consultation and general customer service. In the past years we have moved further engineering capacities closer to the individual markets to become quicker and better with our research to support our clients, and we will continue to do so.
Flexibility, visionary ideas and a great willingness to carry a risk naturally also play an important role. The most important role here belongs to our employees. Without their motivation and readiness to take on new challenges we would never be the world market leader today.
The biggest challenge is, however, to feed the world. In view of the worldwide population growth, I think it is mandatory for everybody involved in the food sector to work on sustainable solutions for an adequate, safe food supply. We therefore feel that we have a responsibility as well. It is a big challenge, because our goal is to help poultry farmers worldwide with the balancing act between sustainable animal farming on the one hand and cost-effective production on the other hand”.