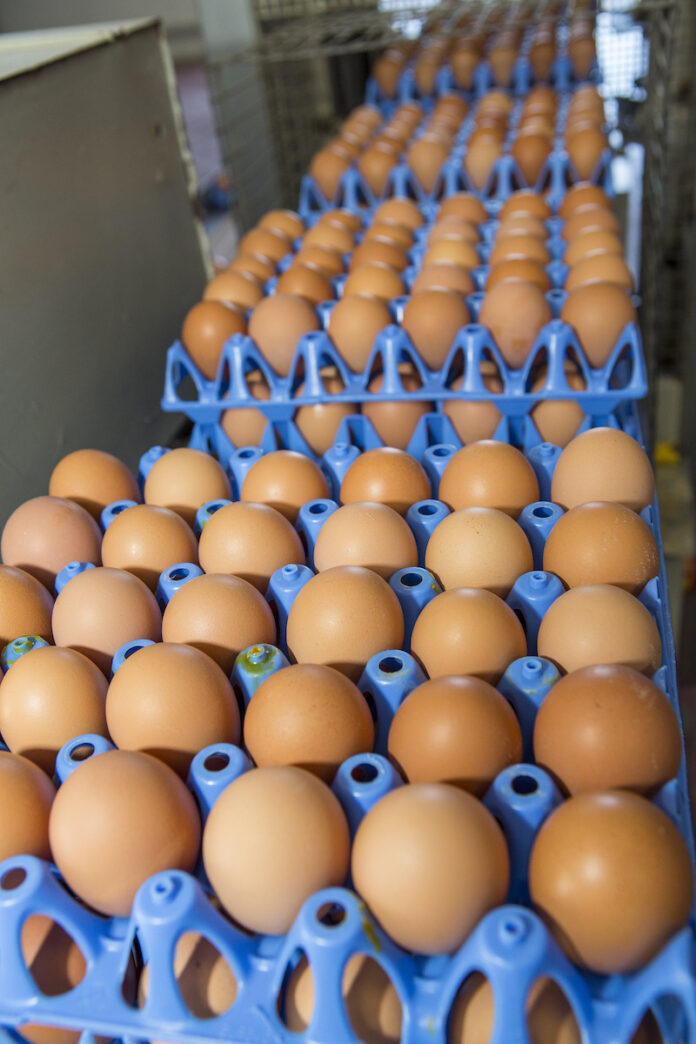 Compared to poultry meat or other meats, the traded volume of eggs is very low with less than 3%. As shell eggs cannot be frozen, they can only be shipped over short distances and have a limited shelf life. This has considerable impacts on the trade volumes and the trade flows. The dynamics of egg production and egg trade at various regional levels will be analysed in this paper. The trade flows of exports and imports for selected countries will be dealt with in a second paper.

Global shell egg production increased from 74.1 mill. t in 2016 to 86.7 mill. t in 2020 or by 16.9%. The fast absolute and relative growth rates document the increasing demand for eggs as one of the most valuable protein sources in human nutrition. In contrast to the continuous growth of production, egg trade fluctuated considerably (Figure 1). 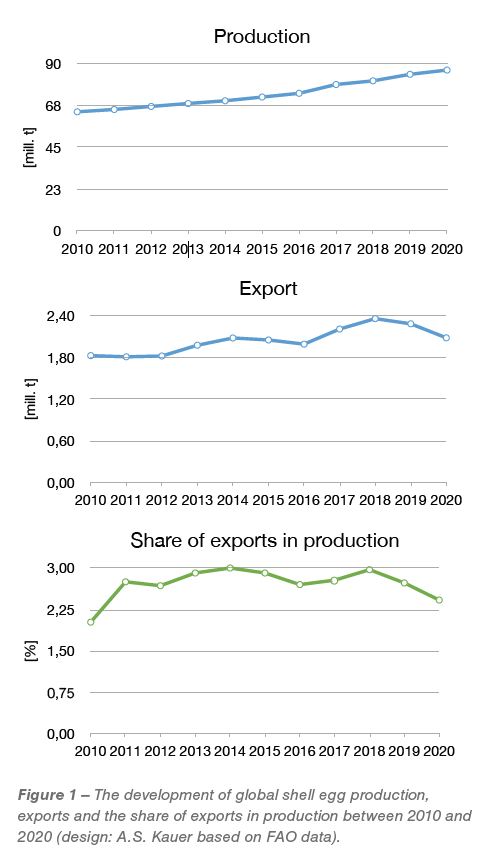 While it increased by 18.4% between 2016 and 2018, it decreased by 11.7% in the following two years. A closer look at the share of the export volumes in production reflects the remarkable dynamics. With 3.0%, the highest share was reached in 2014, but it fell to only 2.4% in 2020, the second lowest in the whole decade (Table 1). The decisive steering factor behind this fluctuation was the Covid-19 pandemic, which had impacts on the purchasing and consumption behaviour of the consumers. As many foodservice restaurants and hotels were closed for months and tourism was also confronted with lockdowns, trade volumes decreased considerably.

In several countries, this decrease was more than compensated by the increasing demand of private households. People prepared more meals at home, in particular breakfast, and purchased more eggs in food stores. The increasing domestic demand reduced the export volumes of some of the main egg exporting countries in 2019 and 2020.

As shell eggs cannot be frozen, they are mainly shipped only over short distances. This explains the minor role, which the relatively isolated continents of the Americas and Australia play in global egg trade. Most of eggs are produced for the domestic demand, and the surplus is mainly exported to adjacent countries, as is for example the case for the USA. To the 2.08 mill. t of shell eggs, which were exported in 2020, European countries contributed 1.26 mill. t or 60.7%, followed by Asia with 623,300 t or 29.9%. The two North American countries shared 7.7%, the other continents together only 1.7%.

A similar regional pattern showed egg imports. Here, Europe shared 1.23 mill. t in the global import volume of 2.15 mill. t respectively 57.3%. Asia ranked in second place with a share of 781.000 t or 36.4%. With 3.3%, Central and South America’s contribution was much higher than in exports, a result of Mexico’s egg imports (Figure 2). 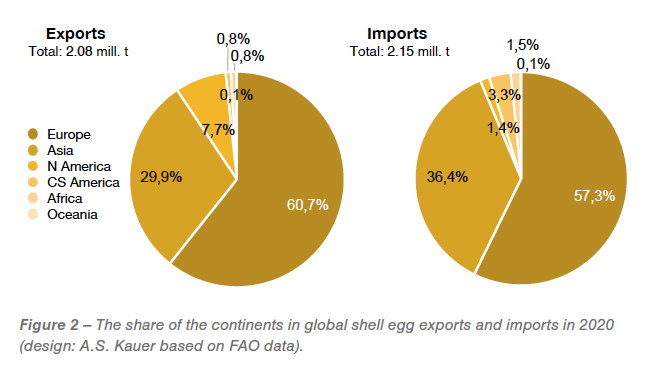 In a next step, the regional patterns of egg exports and imports will be analysed at country level. Table 2 list the ten leading shell egg-exporting countries in 2020. The data reveals that the regional concentration was very high. The three leading countries shared 39.9% of the total export volume, the top seven countries 65.3%. Of the ten leading countries, five were EU member countries; three were located in Asia and one in North America. The top listed Netherlands have been the leading exporting country for over two decades. 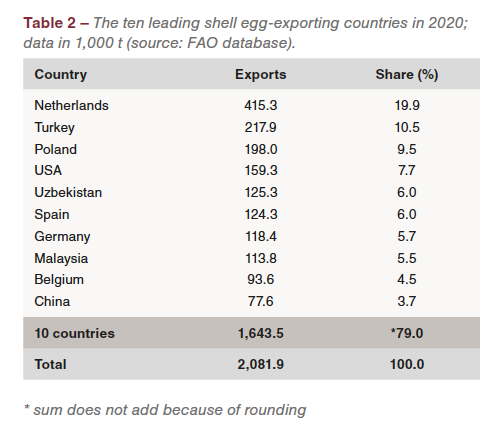 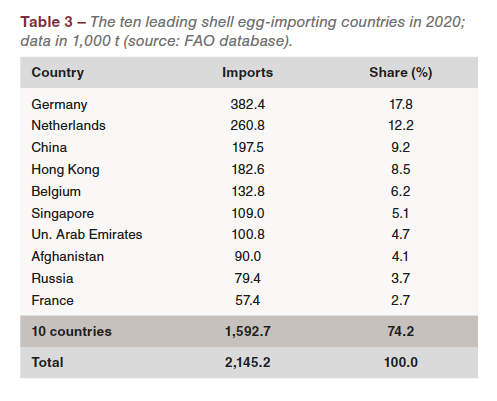 At first glance, it may be surprising that the Netherlands and Germany are listed among the top exporting and importing countries. Some of the large egg farms, which were built in eastern Germany after the reunification in 1990 are owned by Dutch entrepreneurs. Large amounts of the produced eggs are shipped to the Netherlands from where they are either exported or used for processing. These eggs are classified as exports from Germany and imports by the Netherlands. Close trade relations between the two countries already existed before 1990. Even though the Netherlands are the leading egg exporting country, they import eggs for further processing. In a second paper, the trade flows for selected countries will be analysed in detail.

In contrast to poultry meat, only comparatively small volumes of eggs are traded worldwide. As shell eggs cannot be frozen, they are mainly traded within continents. European and Asian countries dominate global egg trade. Together they shared over 90% in egg exports and imports in 2020. At country level, the regional concentration was also very high. The ten leading countries contributed 79.0% to the global egg exports and shared 74.2% in the imports. The Covid-19 pandemic had far-reaching impacts on egg trade. The export volumes of several leading egg exporting countries decreased considerably as the domestic demand grew because of a changing consumer behaviour. If and how the trade patterns will change after the end of the pandemic, is difficult to predict.