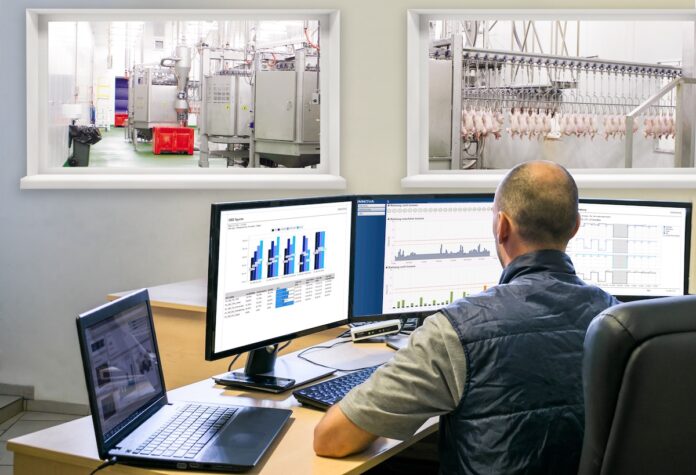 Getting the highest overall effectiveness out of a processing plant is no longer achievable without solid software control. That’s exactly where IMPAQT (Intelligent Monitoring of Performance, Availability and Quality Trends), Innova’s overall equipment effectiveness module, comes in.

The overall equipment effectiveness module can pinpoint the smallest undesirable production losses. Even in a very well organized and automated poultry processing plant, IMPAQT can add value. Almost all equipment in the primary process can feature integrated sensors to measure line performance during production time.

By making use of the data from these sensors, IMPAQT can reveal which processes are causing performance losses or line stops. Based purely on data, these outcomes are fully reliable, without any guesswork involved. One-off incidents or isolated malfunctions can always happen and are hard to prevent, but when the same malfunctions keep recurring, however small their loss may be, it is time for plant management to intervene.

Innova IMPAQT focuses on reliability. It makes key performance indicators available in real-time, pointing up the smallest losses and giving the reasons why these occurred. In this way, IMPAQT prevents discussion, allowing management to make decisions based on real data, i.e. the fully reliable and transparent data from IMPAQT. 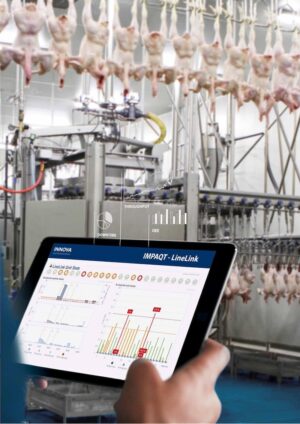 Once installed in a processing plant, Innova IMPAQT is the perfect tool to keep performance, availability and quality at peak level. In practice, it enables management to identify and react instantaneously to even the smallest drop in performance at the very earliest stage. Let’s take evisceration performance as an example: suppose IMPAQT monitors a minor loss in evisceration performance; it can then go directly into detail to detect the causes.

“In the graph of our example project, we can see that after having had parts replaced and been optimally set the eviscerator was already performing considerably better, but still not consistently. At that moment we could decide to make IMPAQT show performance per unit. In our example, we saw from IMPAQT that only three units were underachieving, not the entire machine. After replacing these individual units, performance was back to optimal again and fully under control,” says Dirk Kuijpers, Innova IMPAQT project coordinator. “This is a splendid example of how IMPAQT can monitor and analyze even the smallest details in order to reach full potential.”

The hang-on loss is also an important issue that can be tackled by IMPAQT, as every empty shackle at the beginning of the line comes back time and again further downstream in the process. At multiple places in the line, people and equipment will be inefficient, waiting for full shackles again. Integrating hang-on efficiency in IMPAQT means that this data is easier to gather and is available real-time. It’s IMPAQT’s task to detect whether each empty shackle is due to poor manual performance at hang-on or not. When there is a malfunction in e.g. the live bird supply, IMPAQT should not include those empty shackles in the hang-on loss. This is possible by making use of sensors at the live bird infeed belt, registering availability.

How can such losses at hang-on be reduced? When IMPAQT indicates similar performance losses each time after a certain shift change, the team concerned may need better training. Showing the IMPAQT data to the team members should be effective in stimulating them to achieve their highest hang-on performance possible. This goes to show that IMPAQT makes everybody face the facts, and the facts lead to improvement.

The screen shows it all 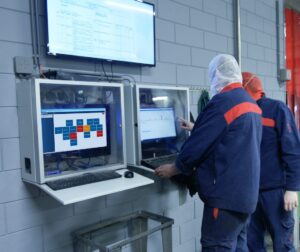 All IMPAQT data come together in the overarching software platform Innova. It is easy to read out this database and make reports, customized dashboards per day, week, month or year. The Innova IMPAQT screen explains it all. The “uptime bar” clearly indicates when to expect full production, taking into account break times. Production losses are shown in red with their causes. IMPAQT is a tool for signaling and generating reports and histograms; it shows areas to be addressed to eliminate possible losses. Loss can mean a loss of availability (stand still or empty shackles), quality loss or performance loss.