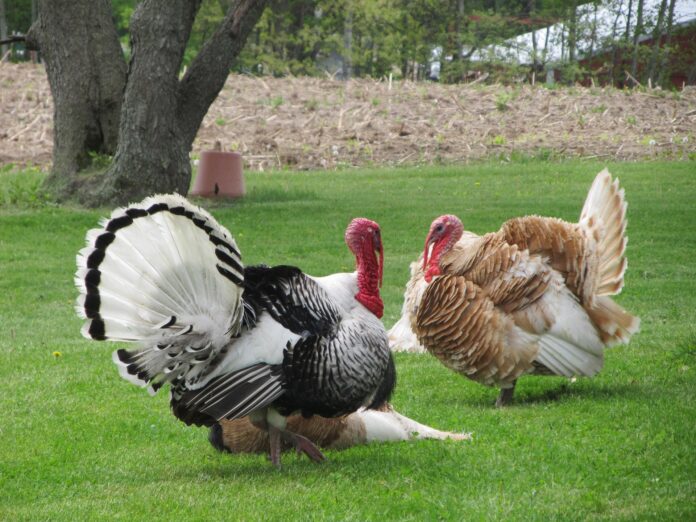 Salmonella is a foodborne zoonotic pathogen prevalent in poultry production, including turkeys. The pathogen is a constant threat to human public health because of its potential to cause outbreaks involving illness cases, hospitalizations, and deaths.

The problem of Salmonella in turkey production

Poultry is a significant source of clinical, non-clinical, and antibiotic-resistant variants of Salmonella. Salmonella colonized in the cecum of turkeys and disseminated to the internal organs are considered a potential food safety hazard through products. Appropriate management practices and antimicrobial interventions during the preharvest phase can effectively control Salmonella and improve postharvest control of the pathogen. Moreover, the emergence of drug-resistant Salmonella in production environments has necessitated antibiotic stewardship as a responsibility of the turkey producers and integrators. The USDA recommends nonantibiotic interventions such as vaccines, prebiotics, probiotics, and organic acids in production. Although individual interventions have proven benefits, shifts in the dynamics of predominant serotypes encountered on farms, new serotypes emerging with more invasive capabilities, and multiple serotypes potentially colonizing in turkey gut demand innovative and broad approaches for Salmonella control. Our lab investigates several nonantibiotic interventions for the preharvest safety of turkeys, of which updated research is briefly presented in this document.

Vaccination has been historically used to prevent several human and animal diseases. They work on the principle of developing immunity in the host. Vaccination is a promising pre-harvest strategy to control Salmonella in turkey flocks. A commercially available, USDA-approved Salmonella vaccine (AviPro Megan Egg, Elanco), containing live cultures of Salmonella enterica Typhimurium, is approved for turkeys. It is effective against Salmonella enterica Typhimurium in turkeys when vaccinated at day 1 of age and followed by revaccination at week 3 of age. However, studies on cross-protection to other serovars and the duration of immunity are limited in turkeys. Recently, Peichel et al. (2021) reported cross-protection of AviPro Megan egg vaccine against Salmonella enterica Reading in three different age groups of turkeys. Approximately 2 log10  reductions of Salmonella in the cecum and significantly fewer Salmonella positive liver, spleen, and crop samples indicate its cross protectivity against an emergent and drug- resistant clone of Salmonella enterica Reading.

As discussed earlier, preharvest interventions using probiotics and vaccines have been proven to have independent antibacterial effects against multiple Salmonella serovars. A potentially enhanced activity exists if these interventions are used in combinations, especially against the outbreak causing Salmonella strains in turkey production. In a recently completed study from our lab, Dewi et al. (2021) used a combined and targeted approach using turkey-derived Lactobacillus strains and an essential oil ingredient, trans cinnamaldehyde against Salmonella enterica Heidelberg in turkey poults. This combination treatment resulted in more than 2.5 log10 Salmonella enterica Heidelberg in the cecum compared to a lower magnitude of reduction obtained from individual treated groups. In another study from our lab, Peichel et al. (2021) combined Lactobacillus salivarius with Salmonella Typhimurium vaccine for enhanced benefits in turkeys. These results suggest more studies on choosing targeted combination approaches against Salmonella in turkey production. Currently, our lab group is testing the combined effect of probiotics and vaccines against other emerging Salmonella serovars in turkey production. We are also invested in understanding better the mechanisms of action of the combination approaches using molecular approaches.