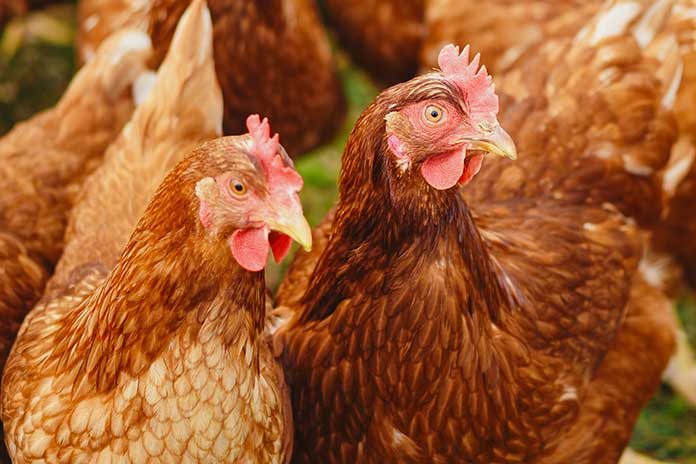 Eggs from 10 commercial brands were selected in different types of housing: cage and on the floor (free of cage) obtained from 4 supermarket chains to compare them in the bacteriology laboratory of the Department of Medicine and Bird Husbandry of the FMVZ of the UNAM, in order to determine the presence of Enterobacteria in shell.

Shell washes were performed with PBS in a sterile environment, to then place 1 ml of the wash in nutritious broth. They were sown in Agar Bilis Red and Violet. The samples were stained with Gram, 3% KOH and biochemical tests (TSI, urea, citrate, LIA, SIM and ornithine) for identification. The genera most frequently present in eggs of hens on the floor were: Escherichia coli, Citrobacter freundi, and Enterobacter aerogenes.

Poultry farming in Mexico is constantly growing due to an increase in the human population, which in turn is reflected in a growth in the consumption of chicken and egg. The preference of poultry products for the population is due to the fact that they are low-cost, healthy and high-quality food.
Data from the National Union of Poultry Farmers indicate that poultry farming represents 63.8% of livestock production where 6 out of 10 people include poultry such as chicken, eggs and turkeys in their diet. It is estimated that there is a per capita consumption of 23.2 kg. of eggs.
The egg is one of the foods of high-quality animal origin for its excellent source of proteins, amino acids, minerals and vitamins. It is formed by three main structures: yolk (33%), albumin (58%) and shell (9%). It has chemical and physical barriers that protect it naturally against contamination by microorganisms.

Contamination of the shell has different origins, but the main one is the lodging system of the hens, due to the type of egg collection. The conventional cage system allows to obtain clean eggs since at the time of oviposition it slides thanks to the slope (10%) that the cages have, in exchange for the cage-free system dirty eggs are obtained because the egg remains in the nests, leaving it exposed to contamination by feces. This type of cage-free housing system can favor shell contamination and cause foodborne diseases.
The World Health Organization (WHO) mentions that unhealthy foods are the most common cause of diarrheal diseases and that each year 550 million people are ill, of which 220 million are children under 5 years of age. At present, there is a tendency for consumers to acquire free-range chicken eggs, which is why a greater vigilance of this type of production is necessary in order to avoid foodborne diseases.

For the development of this study, lots of eggs of hens were analyzed on the floor (free of cage) and in a cage of ten different egg brands acquired from different self-service stores.
The present study was carried out in the Laboratory of Bacteriology, Department of Medicine and Animal Husbandry of the Faculty of Veterinary Medicine and Zootechnics, UNAM. The technique described by Dr. Gentry was used to identify the presence of Enterobacteria in the egg shell.
Self-sealing (sterile) bags were used and nine mL of phosphate buffered saline (PBS) was added to each bag. The egg was rubbed (through the bag) for two minutes to suspend surface materials. The egg was then expelled from the top of the bag.
One mL of the solution was taken, placed in nutritious broth and subsequently incubated for 24 h. With a bacteriological loop, a sample of the nutrient broth tube was obtained to be sown on MacConkey agar and incubated for 24 h. This process of seeding was carried out repeatedly on MacConkey agar until the colonies were purified.
To determine the morphology of the colonies, smears and 3% KOH test were performed. Once the results were obtained, it was determined at which samples the biochemical tests were performed (TSI, Urea, Citrate, LIA, SIM and Ornithine), and the isolated microorganisms were identified.

The presence of E. coli was identified in two chicken egg brands in a cage. In the hen egg brands on floor (free of cage), E. coli, Citrobacter freundi, Enterobacter aerogenes were found.

The results obtained coincide with that reported by Loaiza et al. 2011 that mention that it is necessary to incorporate to the food industry different tests for the identification of pathogenic microorganisms that can be a source of foodborne diseases.

From the Proceedings of the 68th Western Poultry Disease Conference