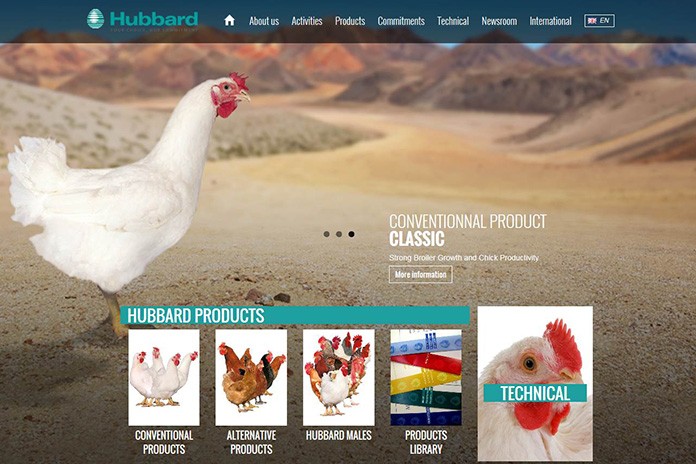 From the small flock of chickens with which Ira and Oliver Hubbard began the business in 1921, Hubbard has grown to one of the major international broiler breeding companies in the world. The poultry industry has seen remarkable changes during the past 90 years, with dramatic results for the benefit of humankind. Hubbard has played, and will be playing an important and vital role in the broiler breeding industry. Oliver Hubbard’s graduation from the New Hampshire Agriculture College in 1921 can been seen as the beginning of Hubbard in the commercial poultry business. From 1921 up to the acquisition by Merck in 1974, Hubbard has always been a family company. In 1997
Hubbard merged with the ISA-group from France, purely focusing on broiler breeding as from 2003. Since the French company Groupe Grimaud took over Hubbard from Merial in 2005 Hubbard is again part of a family company, which is the 2nd largest multi-species animal breeding company in the world, with a clear focus on the further development of Hubbard’s business in the broiler industry around the world.

Hubbard provides solutions that focus on the economic performance, health and well-being of breeding stock. Hubbard specializes in state-of-the-art selection programs to improve the performance of their pure lines. It is essential to Hubbard to preserve a large gene pool offering more flexibility for innovative solutions to an industry facing more and more constraints.
Hubbard’s focus on “Less Feed, More Meat” is totally in line with the “Natural Concept” of Groupe Grimaud, which was officially launched end of 2012, embracing the Group’s philosophy on how to feed the world in the decades to follow in a sustainable way. It outlines the ways in which Groupe Grimaud and its companies develop and implement best practices in the genetic selection and production of animal protein to feed a growing world population.