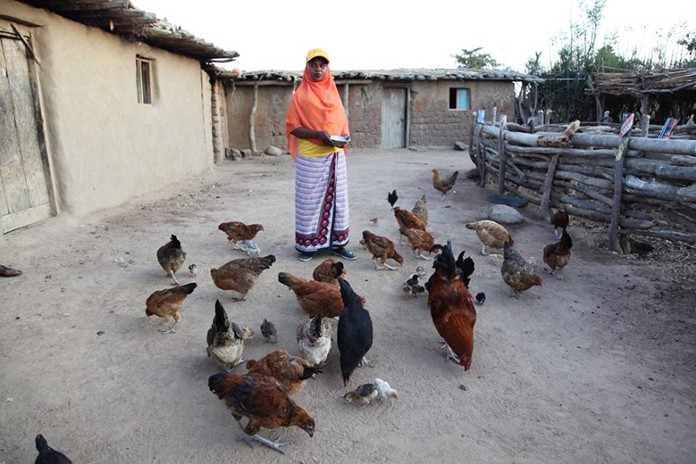 Infectious Bronchitis is primarily a respiratory disease of chickens caused by the Type Three coronavirus infectious bronchitis virus.
IB viruses cause important losses in egg production and quality in laying flocks and some types have a predilection for the kidneys where the resultant nephrosis can cause high mortality in young stock. The disease is worldwide and the virus exists in a large number of serotypes and nowadays genotypes, the latter ad hoc classification being based on the sequencing of the S1 spike gene. Genetic variation occurs constantly, principally through mutations but only occasionally do new important types appear. New variants are described regularly in different countries. Some genotypes have wide distribution globally, while others appear localized in confined regions. The main approach to control is by the use of live and inactivated vaccines. However, cross protection between types is usually poor and the continual appearance of new types challenges vaccination strategies and necessitates constant surveillance of IB viruses in circulation.

The global situation with infectious bronchitis viruses
Disease caused by IB viruses is common wherever chickens are kept. Some strains such as Massachusetts, Arkansas and 4/91 (793B-type) are found worldwide while others are localized. Without question, the wide distribution of some of the well-established types has been due to the use of vaccines derived from them. However, in many other instances, the factors responsible for global spread or its absence is not clearly understood. For example, the QX type, first described in the 1990s in China has quickly spread to many parts of the world while other have not. Interestingly, the USA does not have QX or any of the variants present in Europe, apart from American-derived vaccine types. Africa and South America have some of the European types. Australia however has its own distinct types. The precise roles played in IB virus spread by movement of stock, poultry products legally or otherwise are poorly understood. At the present time, there is no evidence that wild birds – although sometimes infected with or carriers of IBV-like viruses – are implicated in the long distance transmission of IB as are migratory waterfowl in the global spread of avian influenza or Newcastle disease.

Brief history of IBV types in Europe
The first IBV described in Europe was in 1948, the Massachusetts type having originated from the USA. This situation held until the 1970s and ‘80s when variant serotypes were described in Holland and UK, and later elsewhere. Cross-neutralisation in fertile eggs was the only means of comparison at that time and identification was a slow process. The variants were isolated from flocks vaccinated with Mass-type vaccines. Experimental data showed that that available Mass vaccines were not protective against these novel serotypes. Vaccines were prepared against some of these viruses and those against D274 and D1466 are still available. The next milestone occurred in the early 1990s when two groups in UK described viruses of the same serotype, named separately, 793B and 4/91. They were isolated from vaccinated commercial stock and initially, behaved differently from conventional IBVs, with slower spread and associated with diarrhoea and pectoral myopathy. Commercial vaccines for this group were made available and are still widely used today. This group of viruses was soon reported to have spread to many countries in the world, apart from notably, USA and Australia. The origin of 793B-type viruses and the Dutch variants were unknown. However, by this time, molecular methods had been developed for speedy diagnosis (PCR) while comparison of the S1 spike gene sequences of viruses (now genotypes) could be made, allowing for a molecular basis for understanding IB epidemiology. In the first decade of this century, two new genotypes appeared. The first, named Italy-02 proved difficult to grow in eggs and caused relatively mild disease. No new vaccine was developed since it was found that a combination of existing vaccines (Mass followed by 4/91 type) was efficacious. Again, work in Spain concluded that this was a new genotype of unknown origin. This virus spread widely throughout Europe but not significantly beyond. QX IBV originated in China in the 1990s and arrived in Europe approximately six years later – a time interval strikingly similar to that taken by avian influenza virus H5N1 via broadly the same route. How this long-distance transmission occurred is unclear but it is likely to have passed through the Middle East on its way to Europe. In China, QX was originally described as being associated with proventriculitis but in Europe, it has had drastic effects on commercial flocks as a cause of nephrosis in young stock and the phenomenon of false layers, which prevents mature hens from lying, due to oviduct damage after early infection. A live commercial vaccine is now available, although some groups have shown that application of the combination of Mass and different vaccines can be protective. A recent report from Italy identified another Chinese-origin IBV, Q1, which is genetically different from QX. It was isolated from non-vaccinated broilers. It is uncertain if it arrived via the Middle East. Interestingly, it has been reported in South America.

Threats from IB viruses in North Africa
Potential threats from Africa are most likely to come from the countries Bordering the Mediterranean rather than sub-Saharan nations. Morocco, Tunisia and Libya comprise this section. Egypt though geographically in North Africa, from the IB aspect, appears to have more in common with the Middle East and is referred to below. IB in Algeria the nature of IB types has not been reported. The most notable IBV reported from North Africa has been Moroccan G, isolated in the mid-1980s and shown to have 96% S1 gene sequence identity with the 793B-4/91-Cr88 group but before the latter were reported in Europe. Evidence suggests that the Moroccan virus could have been the progenitor of the major 793b variant types. The geographic closeness of Morocco to Europe may have been a factor. In recent years, other unique strains have been isolated in Morocco and Tunisia but hitherto have offered no threat. In Libya, types found in Egypt and other Middle Eastern have recently been reported.

Threats from IB viruses in the Middle East
In recent years there has been much activity in reporting the prevalent genotypes in the region, which include vaccinal genotypes. Many are present in neighboring countries but with some distinct regional types identified. Several of the viruses, e.g. Israeli types IS/1494/06 and IS/885/00 are nephropathogenic. Experiences from elsewhere suggest that those viruses with a particular predilection for the kidneys do not spread geographically in the way that those with the more common respiratory predilection. An example is the European B1648, which appears to have remained in Europe. Much recent experimental work in Egypt suggests that for several of the unique Middle Eastern IBVs, a combination of commercial available Mass and 793B-type vaccines offers satisfactory protection.

It is impossible to predict with any certainty, what threats are posed by IBV strains from Africa or the Middle East. The arrival of 793B types in the 1990s and in particular QX in the 2000s could not have been foreseen. In the same way, though there are countries with a number of unique IBV genotypes very close to Europe, it cannot be predicted if any of them represents a real threat to European poultry flocks. The information about how IB viruses is transmitted over long distances is notably lacking. At the present state of knowledge, we have no evidence that migratory birds play a part. In those instances where wild birds have been found to harbour IB viruses or IB – like coronaviruses, they have usually been found close to commercial flocks or the viruses have not been reported in commercial chickens. In view of our lack of knowledge in this area, and the impossibility of predicting the arrival of new types from elsewhere, the importance of constant surveillance cannot be over emphasized, not only for recognizing the appearance of novel types from elsewhere but also for identifying new variants which emerge through simple mutation or recombination of already present types. We are now in the fortunate position of having the sophisticated molecular methods to do these investigations.