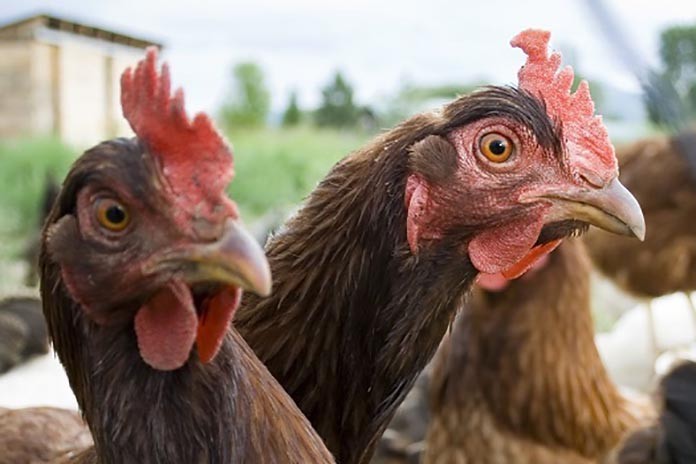 Brazil is one of the main countries in the international broiler meat production and trade sectors. The country continues to show a considerable dynamics in the past years with and increasing trend in the poultry and egg production. Here, in the second part of this article, we talk of turkey production and future perspectives for Brazil.

Turkey meat is mainly imported by EU and African countries
At first glance, turkey meat exports seem to be of minor importance because the export volume reaches less than one thirtieth of the broiler meat exports. For the Brazilian turkey industry the exports are, nevertheless, quite important because of the stagnating or even decreasing domestic demand. In 2015, 41% of the production was exported.
The EU and Africa were the two most important target regions for Brazil´s turkey meat exports. Together they shared 80.1% in the total export volume of 133,000 t. European and American countries imported more turkey meat in 2015 than in 2014 while countries in the other regions imported less. Exports into the EU grew by 5,400 t and reached a volume of 57,000 t (= 42.9% of the total export volume). In contrast, exports into African countries decreased by 3,000 t and reached only 49,400 t (= 37.2% of the overall exports). The overall export growth is obviously closely related to the considerable decrease of the U. S. turkey meat exports resulting from the Avian Influenza outbreaks in 2015 and the lower production volume because of the 7.5 mill. birds, which were killed by the AI virus.

The ranking of the then leading turkey meat importing counties reflects the EU and Africa as the main target regions of Brazil´s turkey meat exports (Table 1). As was already mentioned in the analysis of the broiler meat exports, the Dutch imports are partly further processed and then exported or directly exported to other countries. It will be of interest to monitor the future development of Benin´s imports because this country´s functions as a distribution centre for West Africa. Changes in the political and economic situation have already led to a considerable decrease of the import volume. This has a parallel in the recent decrease of poultry meat imports, mainly chicken parts, from the EU. Eggs are mainly exported to Asia
In contrast to broiler and turkey meat, exports of shell eggs for consumption and of egg products are only of minor importance for the Brazilian egg industry. Less than 1% of the total production was exported in 2015. Asian countries shared 86.9% in the total export volume in 2015, followed in great distance by Africa and the Americas. No eggs and egg products were exported to Europe. Exports to Middle Eastern countries increased by 5,000 t between 2014 and 2015 and reached a volume of 14,220 t (= 75.9% of the total exports). The import ban, which was imposed on poultry products from the USA in 2015 was the main reason for the Brazilian egg exporting companies to gain markets in several countries for which the USA had been the main supplier.
Table 2 shows that in 2015 the United Arab Emirates and Japan were the two main importing countries, with the Emirates in a domination position; sharing 73.5% in the total export volume. While Asian countries outside Middle Asia increased their imports considerably, African countries reduced their imports. If Brazil will be able to maintain its newly reached market position once the import ban on U.S. poultry products will be lifted, is a still open question. Production and export of poultry meat will continue to grow
In a concluding projection, the development of poultry meat production and exports in Brazil, the USA and on a global scale will be compared.
From the data in Table 3 one can easily see that for Brazil and the USA an almost identical absolute growth of 3.3 mill. t in poultry meat between 2015 and 2025 is expected. The gap of 7 mill. t in total poultry meat production volumes between the two countries will therefore remain more or less unchanged. According to estimates in the OECD-FAO Agricultural Outlook 2016 – 2025, Brazil´s exports of poultry meat will increase by 848,000 t in the analysed time period, that of the USA by 1.14 mill. t. The difference in the absolute growth volumes will result in a decrease of 2.4% in Brazil´s share in global exports, while that of the USA will increase by 1.6%. The two countries will dominate global poultry meat trade also in 2025. When comparing the export volumes of the two countries, one has to consider that Brazil is mainly exporting broiler meat and that turkey meat exports are much more important for the USA.

Summary and perspectives
The preceding analysis could show that after several years of stagnation, egg and broiler meat production in Brazil increased considerably between 2014 and 2015. The main steering factors behind the recent dynamics were an increase in the domestic demand and growing export volumes. In broiler and turkey meat and also in egg exports the positive development was closely related to decreasing exports of the USA because of the impacts of the AI outbreaks in 2015 in the northern Midwest and the import stop imposed on U. S. poultry products by 30 countries. Brazil was able to take over some of these attractive markets.
It can be expected that poultry meat production will continue to grow in the next decade and that Brazil will dominate the global trade with broiler meat together with the USA also in 2025. If Brazil will, however, be able to fasten the newly-developed market relations in case of a lift of the import bans cannot be predicted at the present moment.
The Brazilian poultry industry is confronted with several new challenges. Recent data shows that the domestic demand has obviously reached a plateau. This reflects the general problems of the Brazilian economy, high inflation and unemployment rates. In addition, rising corn and soybean prices resulted in lower profits. In particular smaller companies are in financial trouble. This may speed up the consolidation process again. Some of the leading companies tried to circumvent these problems by purchasing companies in foreign countries.