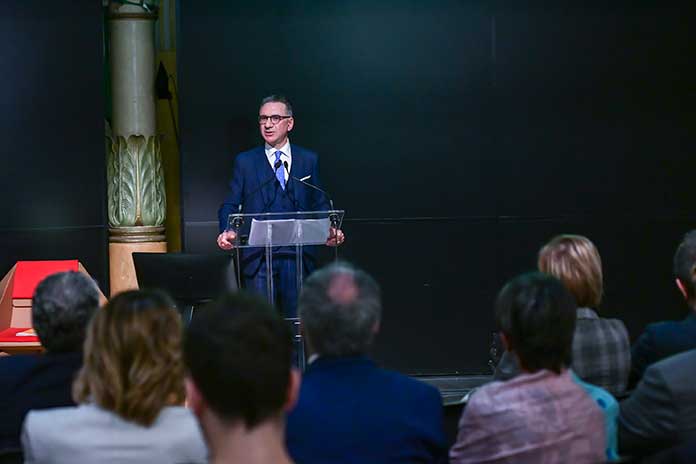 The spread of Covid-19 has almost paralyzed the world, but even in this emergency situation the Italian poultry industry has distinguished itself for its ability to continue producing. This extreme reactivity of the poultry sector in Italy is the result of having in place rigid security systems, a factor that has always characterized the sector, and when combined with the great organizational skills of poultry companies, is a situation that is seen as examples of excellence abroad.

Unaitalia is the trade association that protects and promotes the Italian agri-food supply chains for meat and eggs: it represents more than 90% of the entire national poultry supply chain and a large portion of the pig and rabbit output. In this difficult moment for our country, we interviewed Dr Antonio Forlini, President of Unaitalia, with whom we spoke about the exceptional measures taken by the Italian poultry sector and the actions taken by companies to ensure the health of workers and to ensure products produced are 100% safe.

Dr. Forlini, this is a very delicate moment: as President of Unaitalia, can you tell us what the sector’s reactions have been to the current situation and what are the paths that will be taken?

“It is clear that at this moment our sector, like all agri-food sectors, has an extra responsibility compared to industry in general. After the health sector, the fact is that agri-food companies are the ones that have a duty and commitment to continue production: it is essential that the population – already under stress both from a health point of view and from the psychological point of view – can feel reassured by the fact that fresh basic necessities continue to arrive on the counters of supermarkets, butchery and poultry shops.

In my opinion it is of primary importance that we let people know that our livestock chains are perfectly capable of continuing to work; for this we must first of all be grateful to our collaborators. We are perfectly aware that it is not psychologically easy for them to continue to go on to their workplace accompanied by the feeling that the rest of the world has stopped. All the companies associated with Unaitalia are keen to let people know how attentive they are in this situation and how grateful they are towards their workers right now. For this reason, we systematically keep in contact with institutions and trade union organisations, precisely because we feel it is essential to make workers understand that it is the primary interest of companies, that in addition to being able to bring products to the market, that they protect the health of their workers.

Fortunately we have the advantage of working in a sector that has the culture of hygiene and biosecurity already registered in our DNA: the control measures we see in this period are already usually in place in our plants and therefore simply are being strengthened. In fact, even before the Protocol between the Government and the Unions regarding workplace safety was signed, most of the measures contained therein at the time of the signing were already in place within our factories. Measures such as preventive temperature measurements; use of individual protection devices; spacing and slowing down of production lines; expansion of the refreshment areas to avoid gatherings; continuous and repeated sanitization of all common areas; modifying bathrooms and changing rooms to ensure that the safety distance is kept have been put in place.

Ensuring worker health at this moment is the prime objective for us and we have done everything to protect it. In some cases, methods of physical separation of workers were even studied, through plexiglass dividers, invented and produced in a very short time by the supplier companies, which allowed us, even where it was difficult to keep distances greater than one meter, to place barriers that prevent any type of contact between workers”.

Are the stringent biosecurity rules that apply in Italy the same as in the rest of the world? How does the Italian poultry sector compare with the European and international ones?

“Unfortunately, Italy was the first country after China to deal with this epidemic and we believe that our safety protocols implemented in the face of this epidemic will in some way be imitated and taken as an example also by our colleagues abroad. In the field of biosecurity, moreover, since 2005 we have been decidedly at the forefront, having adopted provisions aimed at defining the biosecurity measures that need to be in place along the production chain, from farms, to transportation to and from feed mills, hatcheries and processing plants etc. While accepting that the European rules are the same for everyone, we can however say that in Italy we believe we are a little further ahead. I am referring not only to the rules of biosecurity but also to the ClassyFarm system, which classifies farms on the basis of risk, through the use of electronic methods, and viewed objectively is making the whole Italian livestock system avant-garde. In recent weeks we have had numerous opportunities to discuss the situation with colleagues from our European association AVEC. They have been interested to know what the market reactions and countermeasures had been in Italy, so that this information could be passed onto the other countries where the contagion is spreading. This dialogue with foreign countries is effective and continuous”.

Speaking of Classyfarm, in your opinion, is voluntary membership sufficient?

“I can say that it is a system and a concept that has been widely shared around in particular by the director Dr. Borrello, his collaborators and with the principal Italian companies. In fact, although it is not a mandatory system, its sharing has been truly profound. We all have an interest in feeding the ClassyFarm database, as it encourages the global growth of the Italian livestock system. By following the risk management programme in the company I work for I firmly believe that this approach is not only correct, but fundamental – if the risk is analyzed and managed in an early and in-depth way, it is possible to face crises, such as the one we are experiencing, with a capacity to govern them and to have much faster response time than could otherwise be expected”.

The sector is making its voice heard unequivocally, strengthening the image of a cutting-edge supply chain and Italian excellence. Do you have any plans in mind for the near future?

“In face of the crisis we are excitedly pushing ahead with a community initiative that was already underway involving our organisation together with AVEC, our European association, and together with five other sector associations (France, Germany, Poland, Belgium and Holland). This initiative includes the launching of a series of promotional activities at European level to strengthen the promotion of white meat consumption in the internal market.

The companies associated with Unaitalia also moved with respect to the Covid-19 emergency with solidarity initiatives and donations to the national health system and with the adoption of reward measures for workers. The Cura Italia decree provides for those who continue to work an incentive of 100 euros per month; we hope that these 100 euros can be doubled, because the budget allocation made by the government may perhaps allow us to reward even more the workers in our supply chains. But even if this was not to be the case, we are trying to ensure that the government authorizes reward systems that are tax exempt, so that the cost for companies can be sustainable and above all see that benefits for workers do not suffer tax cuts. Finally, several companies associated with Unaitalia are taking out insurance to cover the risk of infection by our workers”.