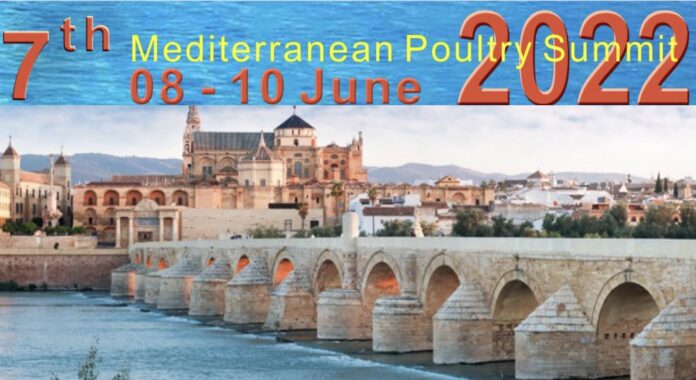 The Mediterranean Poultry Summit (MPS) is one of the main events of the poultry sector.

Delegates from all over the Mediterranean area meet every two years to participate in the summit program.

The organizing committees announced that most of the summit will take place in a new venue, the Córdoba Conference and Exhibition Centre (https://palaciodecongresosdecordoba.es). This conference centre is in the old city, very close to the Mosque (C. Torrijos, 10, 14003 Córdoba).

Cordoba a city, placed in Andalusia, in the South of Spain; even if it is not over the Mediterranean Sea, it has related to the main Mediterranean civilizations. Phoenicians and Greeks passed by this place, the city of Cordoba was finally founded by the Romans in the 1st Century B.C.

Visigoths took the roman heritage. In the Middle Ages Cordoba became the capital of a Caliphate; during that period the city also became a centre of education and learning. By the 10th Century the city was one of the largest city in Europe. Christian forces recaptured it in 1236. The history of Cordoba was declared a World Heritage Site in 1984.

It is then in this unique setting that the organizers offer a scientific program with the best invited speakers all around the world. Industry, producers, research, university and students will be present in the Mediterranean Poultry Summit. Finally, an interesting social program will allow the participants to know Cordoba and to share among them the best of Andalusia and Spain.

The abstract submission is open to March 15, 2022. You can download the program here.