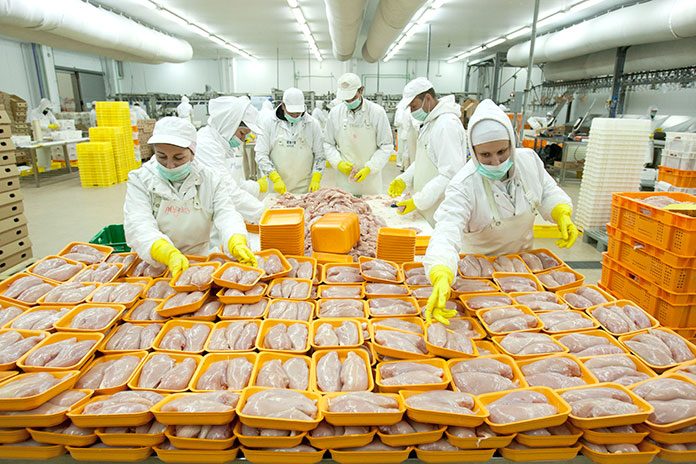 It is a great challenge in a rapidly changing world to keep a business model up to date and profitable. The market orientation of the poultry meat sector allows the industry to correlate rapid responses to consumer demands and to adapt in case of a sudden crisis.

Market orientation
Market orientation is defined as “a business model which focuses on delivering products designed to meet customer desires, needs, and requirements, in addition to product functionality and production efficiency”. Poultry producers are continuously developing products; modes of production; brands and processing methods; which respond to consumer needs and behaviour regarding the consumption of meat. The market orientation of the poultry meat sector is favoured by the characteristics of the poultry meat production which include many advantages when compared to other meat sectors.

Vertical integration in the supply chain
Vertical integration is organized in different ways. The strongest form is when a company is active in two or more adjacent stages of the production chain, from breeding to consumption, which sometimes includes involvement in the important feed supply stage of the chain. Poultry companies cooperate in partnership with each other at different production stages in order to benefit from the economies of scale by grouping different activities along the production chain. Vertical integration gives producers also the chance to respond well to specific consumer demands.
Today, in the EU poultry meat sector, vertical integration is common practice with it being essential for businesses to control all aspects of the production chain starting from the breeding activities through the hatching of the eggs; feed milling; growing of the birds then to the slaughtering and further processing of the poultry meat and finally to the delivery to consumer through the retail, food service, institutes etc. sector. Many companies are at least semi-integrated meaning that the slaughterhouse and or feed manufacture are managing the poultry supply chain in at least one other stage from the parent stock farm, the hatchery and the rearing of poultry.

Characteristics of the poultry meat
The market orientation of the poultry meat sector is also reinforced by several comparative advantages when compared to other meats. Among these different characteristics one can mention affordability (the price per kg of poultry meat is cheaper than pork, beef or lamb meat); convenience; absence of religious restrictions; health image (low fat content and good and balanced protein content) and good environmental performance with low GHG emissions. Starting a poultry business implies step by step growth with the business running comfortably alongside other agricultural activities. Thanks to the short production cycles and lower labour and maintenance costs per unit of production should lead to a faster return on investment.

Consequences of market orientation on the poultry sector
The market orientation of the sector has influenced the evolution of the European poultry meat sector over the past 10 years. In particular the products on offer have noticeably changed in recent years with a reduction of whole chickens in favour of the more profitable cuts and processed products. Although there are clear differences between Member States with several countries (Spain, Italy, France) still traditionally consuming more whole chicken, consumer preference for chicken cuts and further processed products is widespread in the majority of Member States and is expected to continue.

The market orientation of the poultry sector has also contributed to the development of internal and external trade in the EU. The EU poultry meat market is the most open meat sector in the EU in terms of trade as the EU is importing more than 800,000 tonnes and is exporting more than 1.4 Million tonnes to third countries. As consumers in the EU have a preference for boneless meat cuts mainly from the breast, EU production is more focused on breast meat for this EU market while the dark meat is delivered to third country markets, where this dark meat is preferred for taste or budget reasons. This increase in consumption of chicken cuts has influenced the structure of the EU trading in a manner similar to that which occurred in the US where consumers preference for white meat lead to the exporting of the surplus of dark meat to world markets.