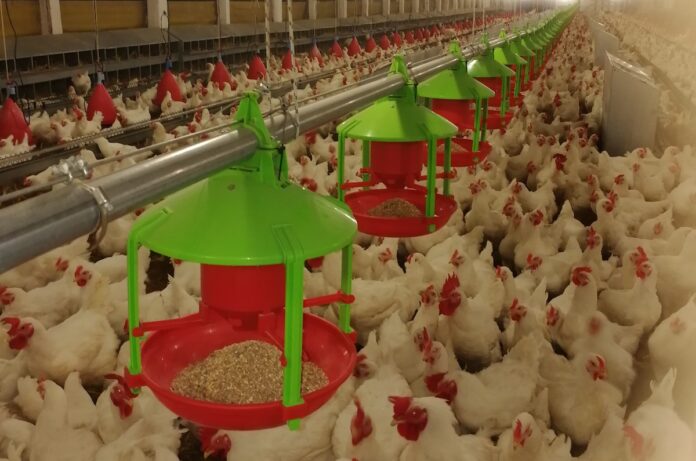 Moroccoan company Tecnoimpianti, exclusive dealer of AZA International, leader in pig, poultry and cattle feeding equipment, have been selling and installing several feeding systems all over Morocco for more than 7 years.

Mr Mouaize, how did you persuade your customer to choose AZA International and why did he decide to purchase the Self-Dosy feed pans?

“Well, he chose AZA International because it’s been synonymous with quality and reliability. I’ve been selling your systems since 2014 and I dare say that the market is really appreciating your products, thus increasing the prestige of the “Made in Italy” trademark here in Morocco. The technical manager of Zalar group has understood immediately the innovations brought to light by the Self-Dosy system in comparison to other existing systems in the market and, as a consequence he decided to install it in his farms”.

Briefly, what are the main advantages that he noticed in the Self-Dosy system rather than in the pans made by other competitors?

“The main thing is that a weighing scale and weighing machines aren’t necessary at all to adjust the feed which will fall inside every pan, as the Self-Dosy is supplied with one dosing device with centralised adjustment of the feed volume. In a few words, the same quantity of feed falls in every pan according to the farmer’s needs and the quantity of roosters in the farm. My customer knows perfectly the quantity of feed which has been distributed without weighing it before the distribution starts, lowering in this case the costs of the entire line”.

Could you explain how the system you sold  to Zalar group works?

“Referring to the growing scale of the roosters, my customer easily adjusts the quantity of feed that must fall in every pan by means of one adjusting centralised device, installed at the beginning of the line. In his specific case, every day he manually loads the additional hoppers of the lines which will fill the dispensers of all the pans.

After this operation, my customer activates the winch and the closing balls inside every pan raise so that the quantity of feed previously set is dispensed. Then he releases the winch, all the balls return to their closed position and while birds are eating, the system starts again preparing the next meal for the day after. By doing so, birds remain quiet and unstressed even while hearing the noise of the loading of the meal for the next day. I can assert that the quantity of feed falling in each pan is uniform; in fact when we installed the first system, we weighted the feed contained in each pan and the difference never exceeded 10 grams.

Inside more technological farms we use a flex auger below the silo which fills automatically the additional hoppers of the inner lines. It’s possible to use an electrical actuator for the opening and closing off the balls too which works by means of a timer installed inside the control board.

The Self-Dosy is sturdy, easy to wash and its design prevents roosters from wasting feed during their meal. At this moment, we have several requests for this kind of system for such a niche market, as well as for your Breedaza, your new system for layers and breeders. Considering the results, my customer intends to increase the use of this system in his future farms”.